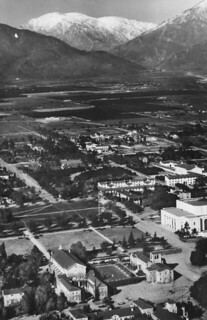 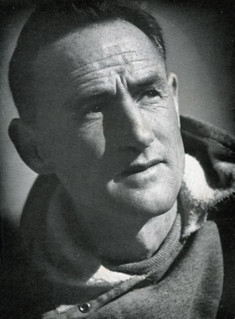 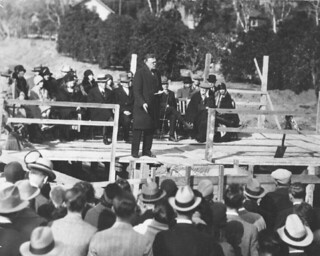 President Charles Edmunds, speaking during the 1930s at what appears to be the groundbreaking for a new building, probably Blaidell Hall, completed in 1936
7 years ago by Pomona College
Submit a Photo 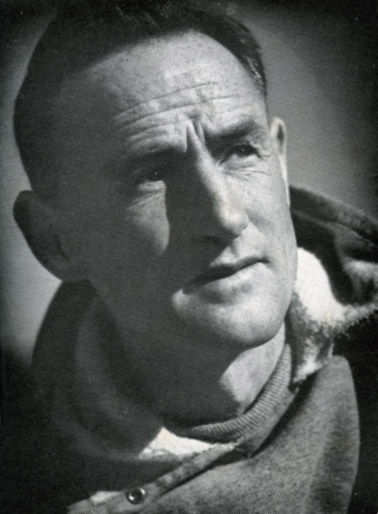 Earl J. “Fuzz” Merritt ’25 graduate, a former football, track, baseball, and basketball star who had been working at since his graduation as a freshman advisor and instructor of physical education, became football coach in 1935. He would to continue in that role, with an interruption for World War II, until 1958, guiding the Sagehens to a 95-59-9 record. In 1961, Merritt retired, and in 1991, Alumni Field was renamed Earl J. "Fuzz" Merritt Field in his honor.

From reaching a low point two years before, Pomona’s enrollment began to recover in 1935. The trustees were so encouraged by this recovery that they voted to restore five percent of the 15-percent pay cut made in 1932 and 1933. They also took steps to move forward with long-delayed construction projects, including an additional women’s residence hall (which would become Blaisdell Hall).