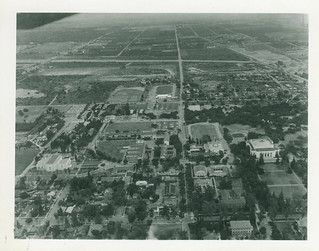 Aerial shot of the campus circa 1957-1958. You can also see Claremont McKenna College and Scripps College
8 years ago by Pomona College

Aerial view of Pomona College in 1957. A large white X marks where Seaver South would eventually be built. This is one of the few images in which you can see Harwood Hall of Botany in the middle of the Academic Quad, between Mason and Pearsons halls.
8 years ago by Pomona College 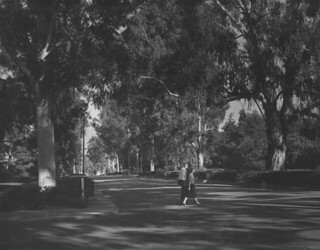 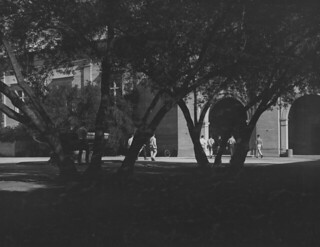 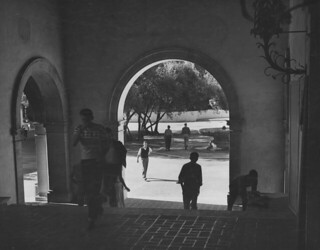 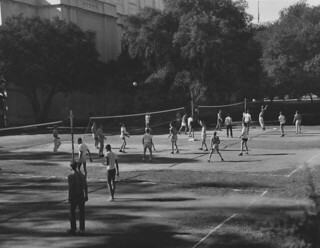 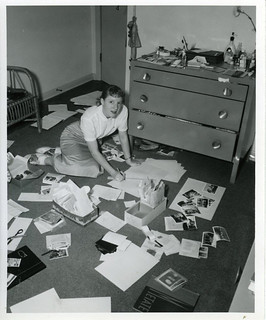 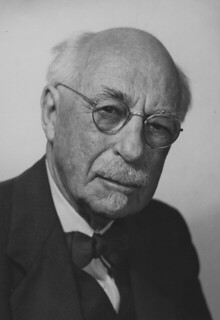 James A. Blaisdell, Pomona's third president, near the end of his life
8 years ago by Pomona College 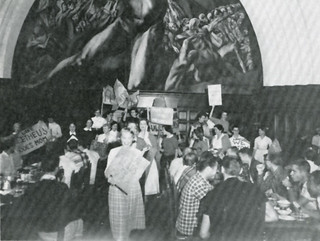 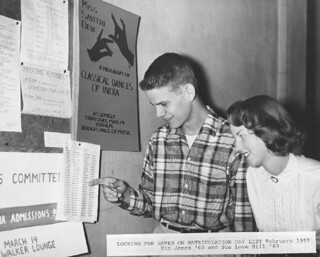 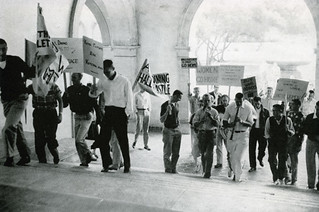 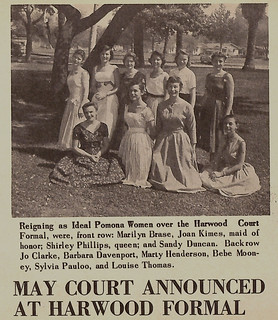 Photo of the May Court, announced at the Harwood Formal, in 1957
8 years ago by Pomona College 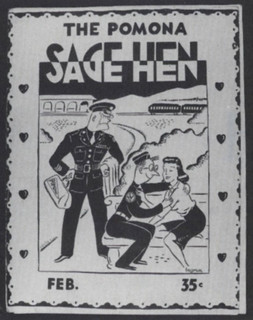 Cover image (unknown date) of the Sagehen, a humor magazine put by students from 1923 to 1957
8 years ago by Pomona College 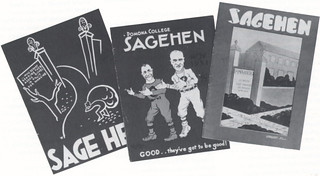 Cover images of the Sagehen, a humor magazine put by students from 1923 to 1957
8 years ago by Pomona College
Submit a Photo 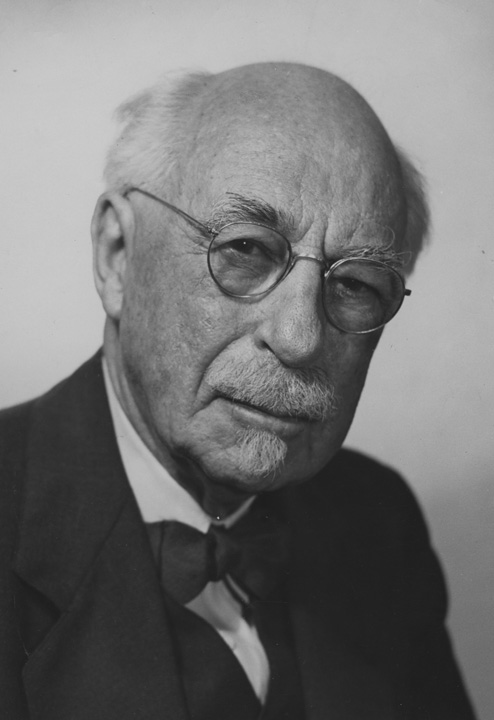 Pomona's third president and arguably its most visionary and influential, James A. Blaisdell, died in 1957. President of Pomona from 1910 to 1927, Blaisdell is best remembered today for his quotes on the Pomona College Gates and for his work in founding the Oxford-style consortium of The Claremont Colleges in 1925. Upon leaving Pomona, Blaisdell spent eight years as head of the Consortium before retiring to La Jolla, California. Upon the death of his wife in 1940, he returned to Claremont, where he lived the last 17 years of his life close to the institutions he loved.

A pass-fail grading system was accepted on a limited basis, allowing juniors and seniors to take up to six hours outside their majors pass-fail, with a total limit of 12 hours over two years. Students were required to declare their intentions before registration, with no changes allowed later in the semester. Professors also were able to put junior and senior reading and/or research courses on a pass-fail basis.

Beginning in 1957, the previously all-male dining hall in Frary Hall was opened on Fridays to women students, prompting a protest by groups of men who argued that it was inappropriate for females to dine beneath the nude figure of Prometheus in José Clemente Orozco’s 1930 mural. Reportedly, some were also distressed by the requirement that they wear shoes in the presence of their women guests. Groups of Pomona women counter-protested. The 1957 Metate devoted a page, titled "REVOLT!", to the protests, including photos of signs that said such things as "A MAN'S DINING HALL IS HIS CASTLE" and "WOMEN GO HOME" on the men's side, and "WE LIKE PROMETHEUS. SO DOES MOM" on the women's side. Frary would not be opened full-time to women until 1961, at which point the protests would briefly resume.

Final plans were made to open a Students Abroad Center in the Coop to serve as a resource for information about overseas opportunities. In addition to collecting information from students who had been abroad and wanted to share their experiences, the center planned to introduce pre- and post-study abroad seminars and support a broader Afro-Asian travel emphasis.

End of the Sagehen

First published in 1923, the Sagehen, “the first comic magazine put out by Pomona students,” was printed for the last time in 1957.

KSPC on AM Radio

KSPC completed installation of the first “standard broadcast” AM conversion transmitter for campus use. The transmitter, installed in Mudd-Blaisdell, was initiated on an experimental basis for students who did not own FM radios.

Groups of male students reportedly celebrated the arrival of spring with “panty raids” on Harwood Court and Mudd Blaisdell.

The Pomona College Men’s Rugby Club first appears in the Metate in 1957. In later years, both men’s and women’s rugby would become five-college club sports.

Dr. Seuss’ children’s classic, The Cat in the Hat, was published.

The Soviet Union launched Sputnik 1, the first artificial satellite to orbit the earth, frightening the American public and setting off a space race.

Senator Strom Thurmond sets the record for the longest filibuster with his 24-hour, 18-minute speech against a civil rights bill.