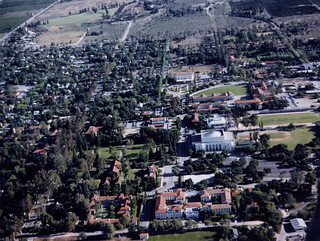 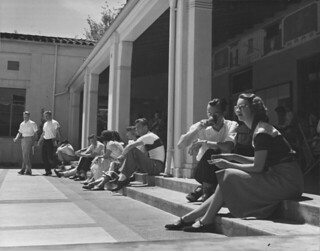 Edmunds Coop courtyard in 1956
8 years ago by Pomona College 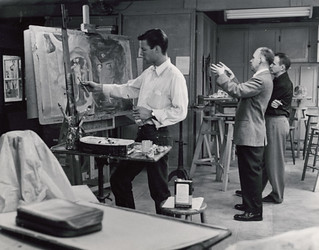 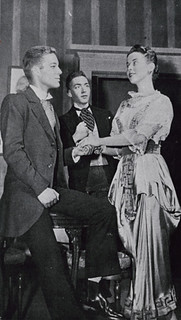 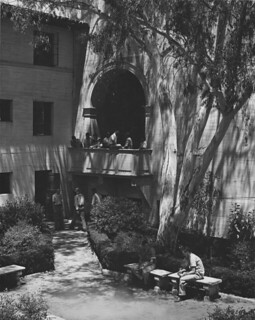 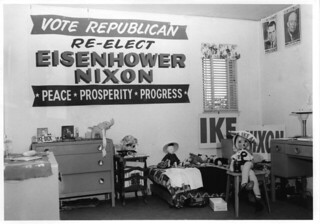 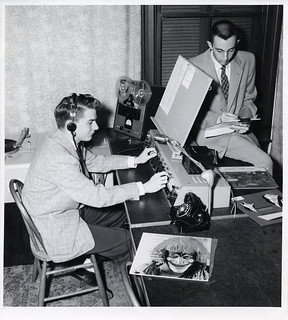 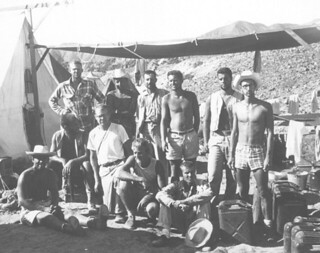 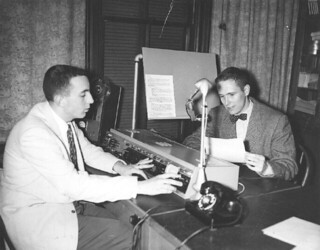 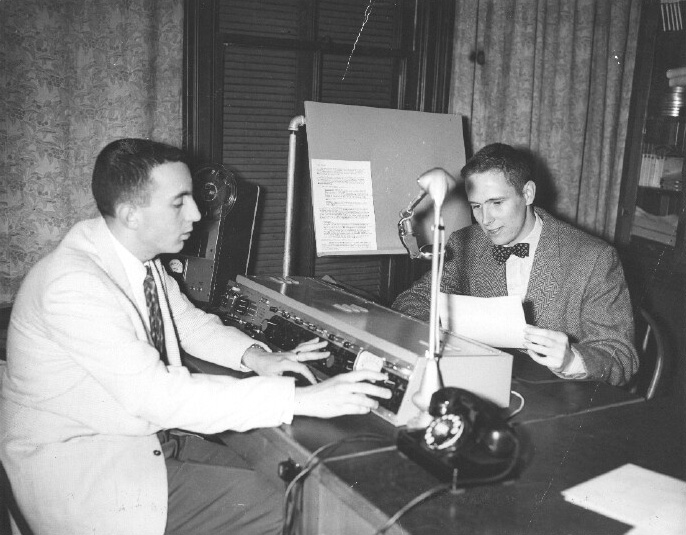 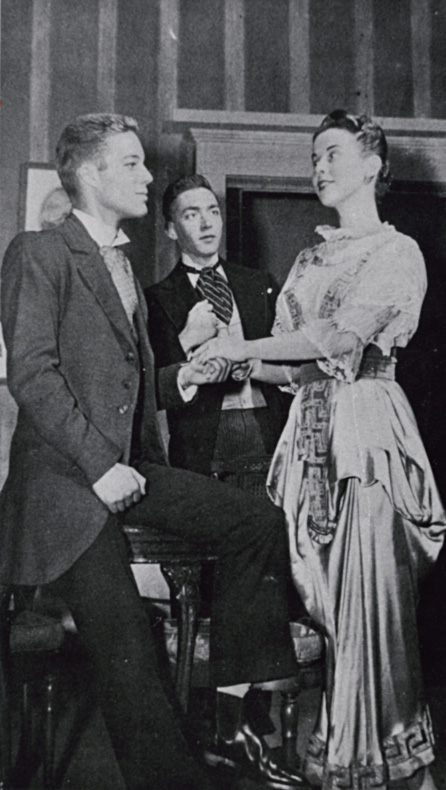 Several years after the completion of Walker Hall, rooms for men were still needed, so in 1956, 36 singles were added as an extension of Clark Hall along Sixth Street. Built in the same style as the rest of the Clark campus, the new unit, along with its inner courtyard, was named for Edwin Clarence Norton, appointed in 1888 as the first member of the original Pomona College faculty and later professor of Greek and dean of the faculty.

In 1956, a curving five-foot wall was built as a flood break along the northern edge of the grassy area known as Walker Beach. Beginning in 1975, the wall would take on a more visible role in the life of the college as Pomona’s free speech wall.

KSPC, a student-operated FM radio station, began regular programming on Feb. 12, 1956, from its studio in Replica House. The signal reportedly could be heard all through the Los Angeles basin and as far away as Santa Barbara and San Diego, thanks to the relative lack of interference from other FM stations in those early years. The station would move in 1972 into more suitable broadcasting studios in the basement of Thatcher Music Building.

In 1956, The Student Life became a weekly newspaper, as it is today. Since 1944, it had been published twice a week. Over its history it had ranged from being a monthly (at the start) to being published five days a week.

In the same year when Walker Wall was built on campus to divert flood waters, a far more effective protection took place with the completion of the San Antonio Canyon dam to the north, which ended Claremont’s history of periodic flooding.

Honnold Library is expanded with the addition of a south wing.

Richard Chamberlain ’56, who became television heartthrob and won a Golden Globe for his title role in Dr. Kildare, has starred in miniseries and movies and on stage. He received two more Golden Globes for his performances in Shogun and The Thornbirds and was the leading man in a number of films including The Music Lovers, The Three Musketeers and Portrait of a Lady. As a stage actor, Chamberlain has played both Hamlet in England and toured as King Arthur in Monty Python’s Spamalot.

David Ossman, who attended Pomona from 1954 to 1956, was one of the four founders of Firesign Theatre, a legendary comedy troupe that got its start on radio in the 1960s. His Firesign roles included George Leroy Tirebiter in Don’t Crush that Dwarf, Hand Me the Pliers and Catherwood in the Nick Danger series. In addition to producing, directing and writing, Ossman is a voice artist whose credits include A Bug’s Life.

Best known for his Oscar-winning classic Chinatown, Robert Towne ’56 is a four-time Academy Award nominee. His many screenwriting credits include Shampoo, The Last Detail and Mission Impossible I and II. He directed four of his own screenplays: Personal Best, Tequila Sunrise, Without Limits and Ask the Dust. One of the most sought-after script doctors in Hollywood, Towne made uncredited contributions to The Godfather and Bonnie and Clyde.

Elvis Presley entered the music charts for the first time, with “Heartbreak Hotel.”

Fidel Castro and his followers landed in Cuba in the boat Granma.