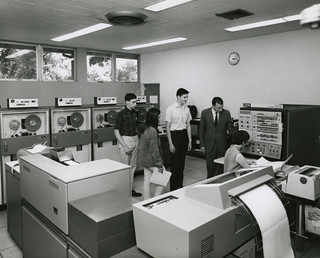 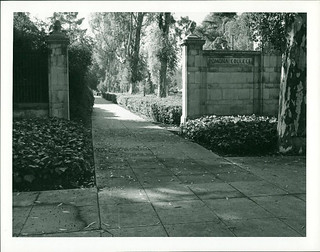 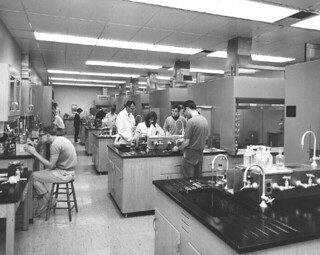 Black students presented a plan for a Center of Black Studies, followed by a request from Latino students for a program of Mexican-American studies. The students also created the intercollegiate Black Student Union and United Mexican-American Students. Danny Wilks ’71 became the first president of the BSU.

Pomona’s summer marine zoology program, which dated back, with a few interruptions, to the early part of the 1900s, ended in 1967. From 1913 until 1943, it took place in a College-owned marine biology laboratory in Laguna Beach. After the facility was sold, it continued as a six-week summer program at a rented facility, Caltech’s Kerckhoff Marine Lab in Corona del Mar, until 1967.

Professor Ch’en Shou-Yi, who helped to found Pomona’s Asian Studies program (then called the Department of Oriental Affairs), and had been a member of the faculty since 1941, retired in 1967 and was made Emeritus Professor of Chinese Culture. Ch’en was well known during his 26-year tenure at Pomona for his courses on cultural relations between East Asia and the West.

Two Air Force recruiters were met by 150 students marching around Sumner Hall, and 79 students occupying the placement office and corridor. There was no violence or property damage, but the judiciary councils of the colleges voted to suspend the students and also to suspend the punishment. The immediate consequence of the demonstration was the cancellation of the visits of all recruiters to the Pomona placement office.

According to Nelson Treece ’71, the Great Freshman Beanie Revolt of 1967 ended the long-standing tradition of requiring first-year Pomona students to wear a blue beanie with a capital P on the front.

Lee Coats ’67 earned national championships for the men’s swimming team in the 100- and 200-yard butterfly.

The 1967 Metate told the story of the Experimental Residence Project, an experiment seeking to integrate student housing and education by bringing a group of students together as both housemates and classmates in an open course doing readings and holding discussions about Utopian thought and models of communal living.  Students all lived together in North Clark dorm, and one of the suites in the dorm was converted to a seminar room for students to meet and have discussions about ways to reform American society.

An Academy Award-winning writer for The Sting, David Ward ’67 also was nominated for an Oscar for best original screenplay for Sleepless in Seattle (with Nora Ephron and Jeff Arch). His many other film credits include Major League and Cannery Row, which he also directed. Ward teaches screenwriting at Chapman University.

Astronauts Gus Grissom, Edward Higgins White and Roger Chaffee were killed when fire broke out in their Apollo I spacecraft during a launch pad test.