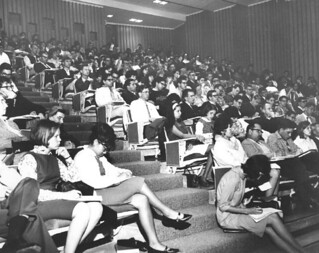 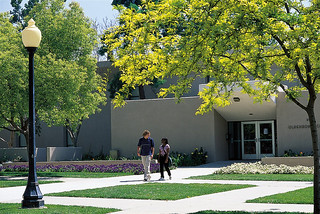 Oldenborg Center, built in 1966, as it looks today
8 years ago by Pomona College 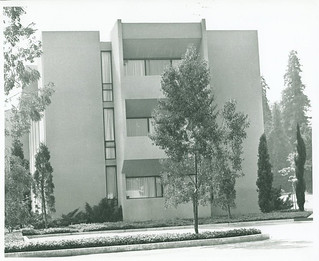 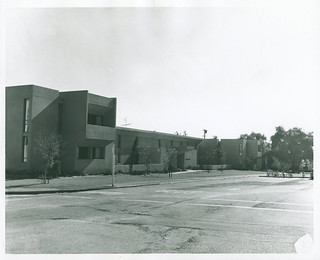 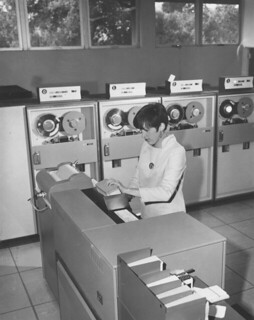 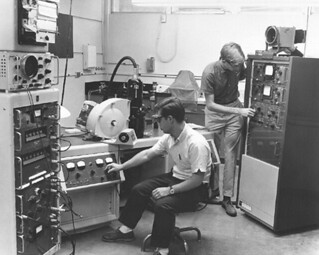 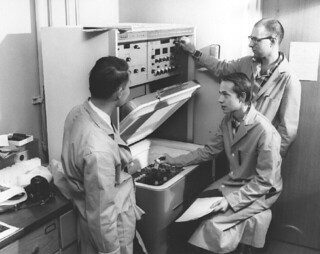 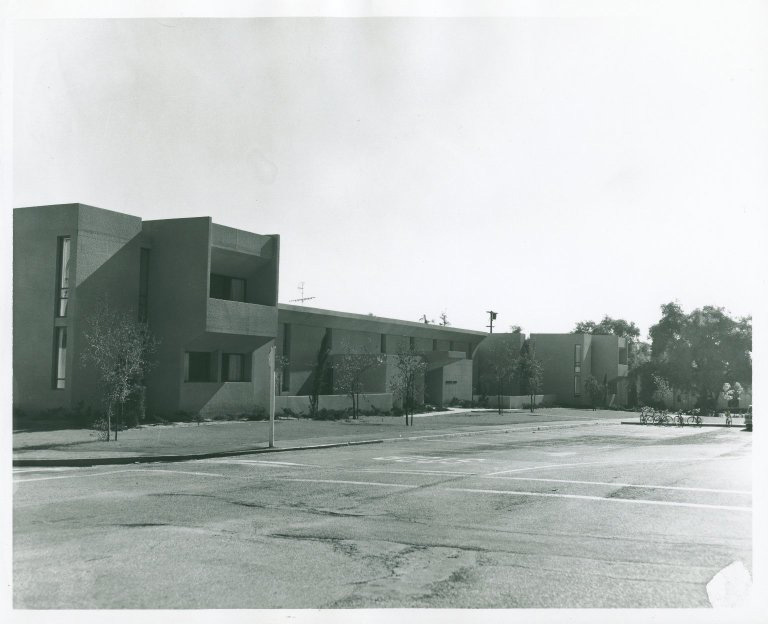 E. Wilson Lyon marked the 25th anniversary of his presidency of Pomona College.

When Oldenborg Center was built in 1966, it was believed to be the first facility of its kind to combine a language center, international house, and coeducational residence in a single building. Although other institutions, Columbia and Berkeley among them, had international centers for foreign students, and many others had modest language houses, no other American college or university offered a dormitory designed for the practice and use of foreign languages.

Pomona’s Center was named for Dietrich C. Oldenborg, a retired businessman who had died in 1965. Born in Denmark and raised in New York, he had been a world traveler whose goal as a philanthropist was to “strengthen communication and understanding among nations and thereby contribute to world peace.” Although a Yale alumnus, Oldenborg was attracted to Pomona by The Claremont Colleges consortium. Experience abroad heightened his interest in Pomona’s need for new foreign language and international relations facilities, and his gift of $1.1 million was, at the time, the third largest in the history of the College.

Oldenborg Center was designed to facilitate the development of language fluency and better understanding of foreign cultures and international relations, offering opportunities second only to an actual sojourn abroad. At the time of its dedication in October 1966, it housed 144 students, grouped according to the languages they were studying, in separate wings for men and women; the dining area was also divided into language sections. The original five languages accommodated—French, German, Spanish, Chinese and Russian—had, by 2006, expanded to 26: American Sign, Arabic, Armenian, Bulgarian, Chinese, Farsi, French, German, Greek, Hebrew, Hindi/Urdu, Hungarian, Italian, Japanese, Korean, Nepali, Portuguese, Russian, Slovak, Spanish, Swahili, Swedish, Taiwanese, Thai, Turkish and Vietnamese.

Mason Hall served as the College’s chemistry facility until 1965, when the new Seaver Chemistry Laboratory opened. At that time, in a remodeling that cost approximately $500,000, Mason was converted into a home for Psychology, Modern European Languages (newly formed by the unification of former departments of German, Romance Languages, and Russian), and Chinese Language and Literature. The remodeled structure, completed in 1966, contained new and greatly improved psychology facilities, including laboratories for the department’s animal, social and child research; a library space for displaying the College’s Asian art collection; and language laboratories, with 36 individual, soundproof booths, overseen by a full-time director. The handsome and spacious classrooms and offices were a welcome contrast to the tiny quarters previously allotted to language faculty in Holmes Hall. According to Wilson Lyon, the “successful conversion of Mason Hall set a new standard for subsequent reconstruction of other historic Pomona buildings.” At the same time, the new Mason enhanced the quadrangle shared with Crookshank and Pearsons halls.

A conference held at Pomona titled “The Dynamics of Ascent: Communist China in the World Order.” The conference focused on the rise to global prominence of Communist China and its future place in the geopolitical order, and a discussion of how China could affect American efforts to prevent the spread of communism in East Asia and Southeast Asia.

“As I write, we approach the Conference on Communist China; students have made a proposal for the implementation and management of a central book store to serve The Claremont Colleges; and have had accepted a program of interdisciplinary courses of study. Along the way we have our fun – Gilbert and Sullivan productions, Spring Sings, “How the West Was Lost,” and so on. Life is not dull!” —Graduate Manager Helen Throne ’30

The Student Projects Fund was formed in an effort to develop closer student-faculty relations by creating a resource for students and faculty to collaborate and find help from each other. As an example, a babysitter fund was created to help get students to work as babysitters for faculty with young children, so that these faculty members could participate more often in student-sponsored events at the college. Also, many of the academic departments hosted open houses, picnics or dinners that were organized with the help of the Students Project Fund.

The Ford Foundation awarded The Claremont Colleges a $5,000,000 grant on condition that they collectively raise $15,000,000. Together the six colleges announced a goal of $86,000,000 to be raised over seven years, with Pomona increasing the target of its ongoing Advancement Program campaign to $23,966,000.

An episode of ABC-TV’s The Fugitive called “The Ivy Maze,” starring David Janssen, was shot partly on the Pomona College campus in 1966.

College Chest, the charity organization of The Claremont Colleges, was formed.

The unmanned Soviet Luna 9 spacecraft made the first controlled landing on the Moon.

In a Houston, Texas, hospital, Marcel DeRudder becomes the first man to receive an artificial heart.

Star Trek debuts on NBC-TV with its first episode, titled “The Man Trap.”