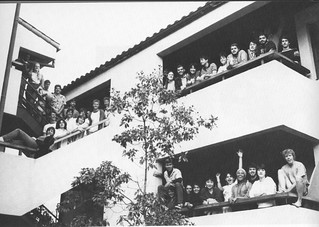 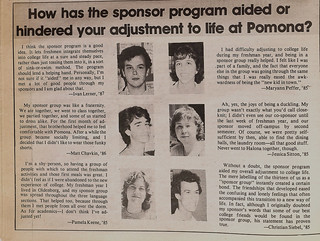 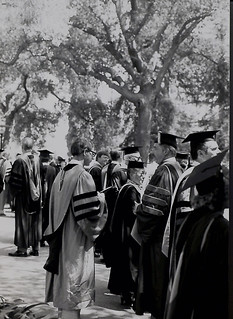 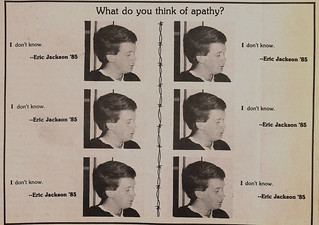 Funded by a series of grants from the Alfred P. Sloan Foundation, Pomona joined with the other four undergraduate institutions of The Claremont Colleges in a planning a unique series of projects called New Liberal Arts (NLA) Clinics, in which students formed small teams to work as consultants to help a client corporation, agency or community find a solution to a particular problem, working across traditional disciplinary boundaries. The program was based upon the engineering clinics developed in the early 1960s by Harvey Mudd College. The first NLA clinic was conducted during the following academic year and focused on the effect of government regulation on the implementation of angioplasty, then a relatively new alternative medical technology for the treatment of coronary artery disease.

The Pomona College Women's Union was formed in order to "secure positive changes for women in their personal and political lives and to work toward deconstructing gender based constraints."

Named “one of India’s leading novelists” by The New Yorker, Vikram Chandra ’84 won the Commonwealth Writer’s prize for best first book with Red Earth and Pouring Rain. His work includes a collection of short stories, Love and Longing in Bombay; a second novel, Sacred Games; and an Indian feature film, Mission Kashmir.

Jim Taylor ’84 began a long and successful collaboration with writer-director Alexander Payne in 1996 with the original screenplay for Citizen Ruth. The writing team won an Academy Award for best screenplay for Sideways, a Golden Globe for About Schmidt and a WGA award for Election.