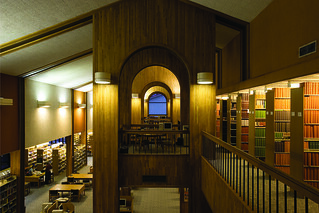 Mudd Science Library, built in 1983 and decommissioned as a library in 2009 as part of a reorganization of the Claremont Colleges library system
8 years ago by Pomona College 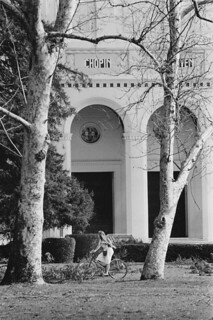 A student crossing Marston Quad on a bicycle in 1983, with Bridges Auditorium in the background
8 years ago by Pomona College 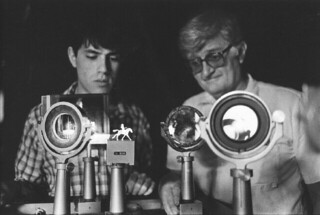 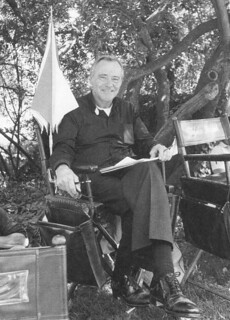 Of the $80 million goal of the Centennial Campaign, $30 million was earmarked for construction and renovation, and a new science library was one of the highest priorities. Mudd Library replaced six separate departmental science libraries then on campus, serving Biology, Botany, Chemistry, Geology, Mathematics and Physics/Astronomy. The need for a centralized library for the sciences was based on the projection that those currently in use would outgrow available space within five years. The new facility was designed to accommodate the 80,000 books and periodicals already in departmental collections and to provide room for 40,000 more. Centralization also provided a more efficient and cost-effective single catalogue system for all science materials, with acquisitions, cataloguing and other technical services to be provided by Honnold Library of The Claremont Colleges. The wheelchair accessible facility offered 150 seats in four different furnishing configurations, study alcoves, a computer catalogue terminal, microfiche readers, photocopy machines, electronic security systems, study and meeting rooms, and a lounge. Mudd Science Library was closed as a library in 2008 as part of a broad restructuring of the consortial library system.

During the summer of 1983, the Clark III and Norton residence halls underwent a $1.6 million renovation. Included in the work were upgrades to all of the buildings’ subsystems, including plumbing and wiring, heating systems, a new roof and a range of safety features. This was a continuation of a renovation program begun the year before with the renovation of Clark I and Clark V.

At the age of 73, Mary Elizabeth LaFetra became the oldest person to earn a degree from Pomona College. LaFetra, the mother of a Scripps graduate and a Stanford graduate, was the former president of the Rain Bird Corp. of Glendora, California. She graduated with a concentration in history.

The Pomona College swim team won the annual SCIAC championships for the seventh time in a row.

Edward A. Knapp ’54 was appointed by President Ronald Reagan and confirmed by the Senate to be director of the National Science Foundation.