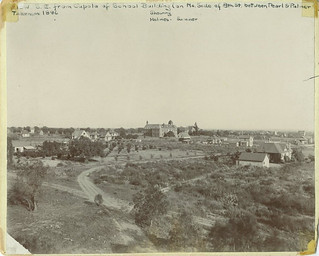 Claremont in 1896
8 years ago by Pomona College 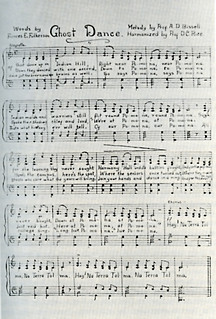 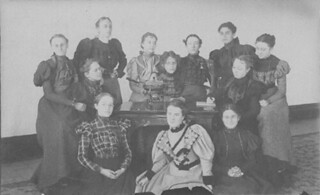 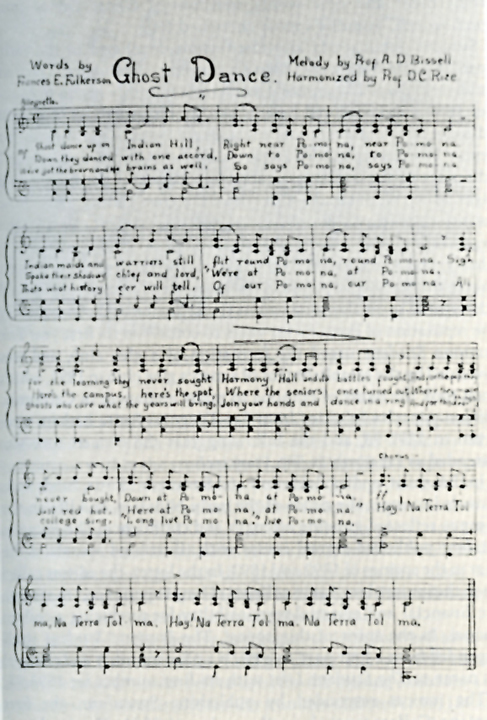 The first version of Pomona’s oldest and most revered College song, titled "Ghost Dance" (later to be rewritten and renamed “Torchbearers”), was composed in 1896 by Frances Fulkerson and Professor Arthur Bissell, based upon stories brought back by Professor Frank Brackett and a student named David Barrows after watching what they believed to be a war dance by Coahuilla Indians in the San Jacinto Mountains in 1890, and incorporating the loosely transliterated phrase Brackett and Barrows remembered from the Coahuilla song.

The game of croquet became all the rage on the Pomona campus in 1896, but the constant click of the balls on Pomona fields at all hours of the day (and sometimes even at night) led the editor of The Student Life to describe it as “the direst malady with which we have to contend.”

To secure a $25,000 gift to the endowment from the estate of Nancy Field, the College had to initiate a campaign to raise $75,000 in less than a year, in the midst of an ongoing financial crisis. The campaign met its goal, with the largest gift coming from President Baldwin’s father, C.H. Baldwin, who gave $25,000. The Student Life greeted news with a front page headline reading: “$100,000, Pomona’s First Endowment Secured.” The article concluded with the words: “Thus the College was put upon a firm foundation, which—please God, may never be shaken.”

The Olympic Games were revived in Athens.

William Jennings Bryan delivered his “Cross of Gold” speech at the Democratic National Convention, which nominated him for president.