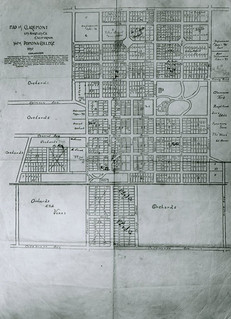 Map of Claremont, California (1897)
8 years ago by Pomona College 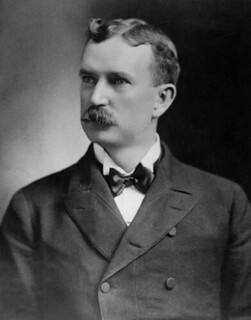 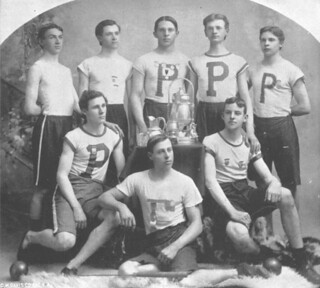 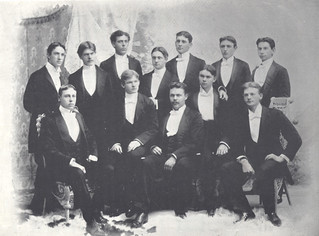 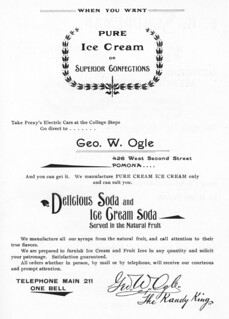 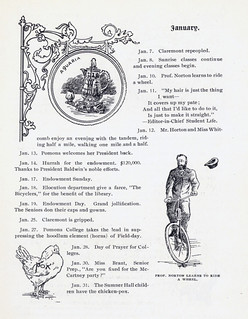 A calendar page from the 1897 Metate, mentioning a chicken pox outbreak and Dean Norton learning to ride a bicycle
7 years ago by Pomona College
Submit a Photo 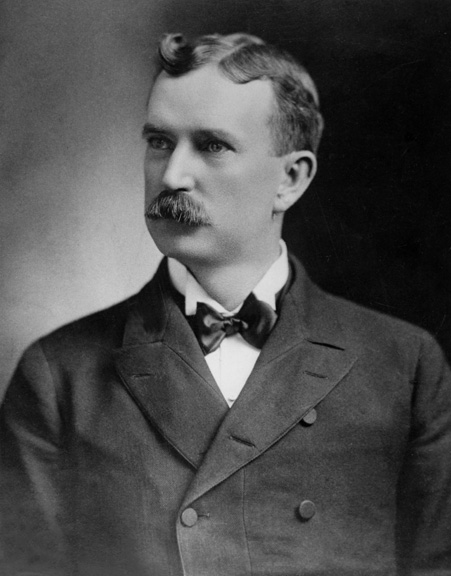 Overwhelmed by the difficulties of raising desperately needed funds, by 1897 President Baldwin was exhausted and discouraged, and many on the Board had developed deep doubts about his ability to deal with the financial crisis. At a July meeting, with only nine of the 15 trustees present, the Board voted 5–4 to request his resignation. It is a measure of the high esteem in which Baldwin was held that the Class of 1898 commissioned a portrait of him as a gift to the College, presenting it with appreciation for “his keen sense of justice, his insight into human nature, his scholarly attainments, his broad humanity and his liberal culture” and adding “but more than that, we love the man.”

The second president of Pomona College, Franklin La Du Ferguson, was also the president with the briefest and, arguably, least successful tenure, serving only three years before being asked by the Board of Trustees to resign. As representative of the Congregational Education Society, Ferguson had approached donors, including D.K. Pearsons, on the College’s behalf and was, therefore, already known to the trustees. Canadian by birth, Ferguson had been educated in Toronto and at Yale, where he studied for the ministry; he later held a pastorate in Connecticut and directed the Chadron Academy in Nebraska. Ferguson was confident, ambitious, and a tireless worker, and his previous success as a fundraiser was certainly a factor in his selection. As president, he at first proved ingenious at securing funds for current expenses and endowment but, over time, his fondness for methods considered unduly risky and his business-based approach to academic administration led to a loss of confidence. At the end of his third year as president, his resignation was requested. Although Ferguson’s tenure was brief and controversial, it saw the addition of three important buildings: Pearsons Hall (1899) and, in 1900, The President’s House and the first Renwick Gymnasium.

Fong Sec, who came to American from China in 1882 at the age of 13, came to Pomona at the urging of President Baldwin in 1897, starting off in the preparatory school. After four years in the prep school and one year in the college department, he transferred to the University of California at Berkeley and completed his degree in 1905. (Read more about Sec in this summer 2012 Pomona College Magazine article.)

First played at Pomona in 1895, then discontinued for a year because it was considered too dangerous, football was reinstated in 1897 and has been played continuously at the College since that time. The first game against the University of Southern California ended in a 6–0 loss for Pomona.

“Pomona College aims to give a complete and thorough college training—one in discipline and acquisition equal to the best. To this end many of the traditions of other colleges are maintained. The same standard of admission is adopted; recitation periods are one hour in length; no teacher has more than four classes; students, except in rare cases, are allowed but three studies, and a general excellence of work is insisted upon. Pomona College seeks to develop intellectual vigor, physical health, moral sturdiness and Christian principles. Their teachers are chosen, therefore, not with reference to scholarship only, but also with regard to personal influence in the formation of right character.”

Mark Twain, responding to rumors that he was dead, was quoted by the New York Journal as saying, “The report of my death was an exaggeration.”