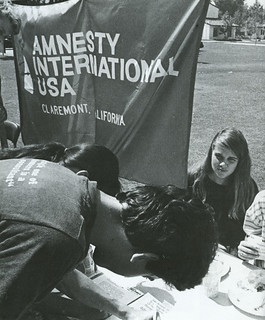 Darcy Nagle ’89 signs up a new member for Amnesty International during the 1988 Activities Faire.
8 years ago by Pomona College 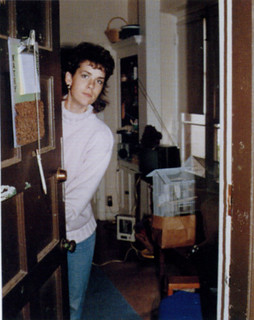 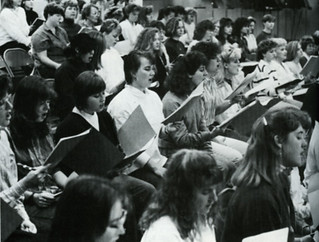 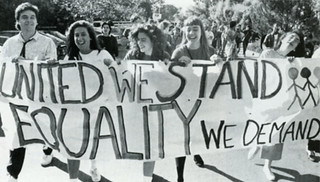 Students join in a November 1988 march around the five colleges in support of diversity.
8 years ago by Pomona College 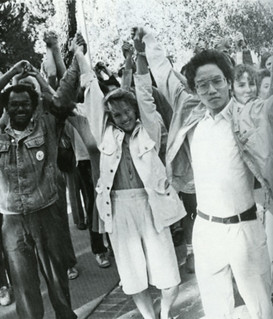 Students join in a five-college "Power in Diversity" rally in November 1988.
8 years ago by Pomona College 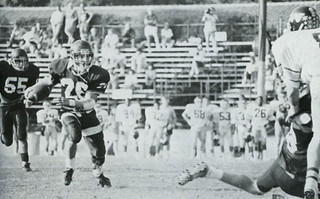 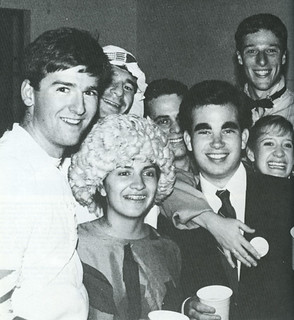 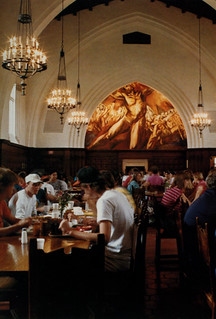 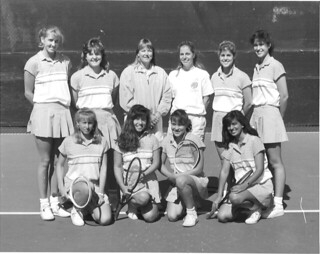 Women's tennis team in 1988. Submitted by Mercedes Fitchett '91
8 years ago by Pomona College
Submit a Photo 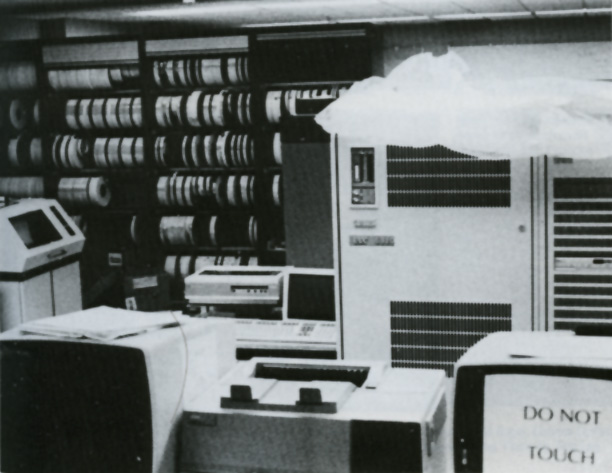 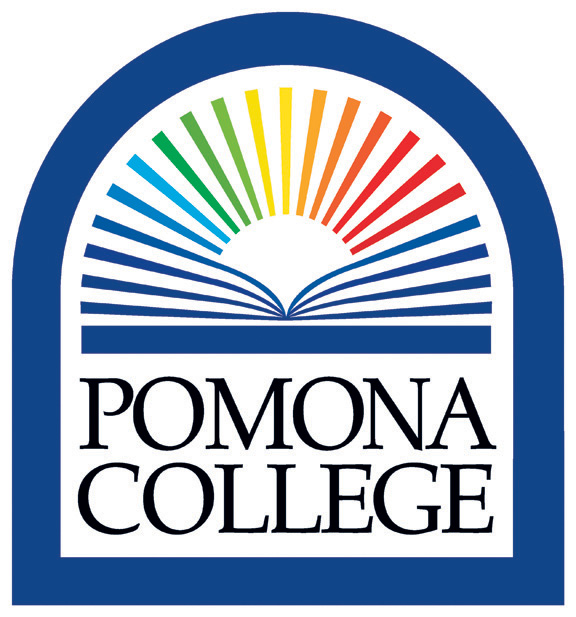 The College installed a new VAX 6310 computer in Seaver Academic Computing Services, located in the Seeley G. Mudd Science Library. The VAX replaced the old IBM 4341, which had outlived its usefulness. The installation of the VAX permitted the linking of Pomona’s computer resources with those of the other Claremont Colleges and brought the internet and such resources as e-mail to the campus for the first time. The next few years of this revolution in computing included the replacement of campus terminals with micro-computers and the linking of campus buildings by fiber-optic cable. In 1992, Pomona College Magazine ran an article called “A Revolution in Bits,” extolling the new-found wonders of e-mail.

The College offered its first concentration in Women’s Studies, in which students could link a core of women’s studies courses with a traditional discipline.

During the spring semester, student groups organized “Noon Tunes” on Friday afternoons. With the cooperation of the College’s dining services, they organized buffet lunches for students to go outside onto Walker Beach on sunny afternoons and enjoy music performances from local bands.

"Music for 14," a piece composed by John Cage ’32 for Pomona College, was performed for the first time at one of four major concerts held during the College’s Music in the Post-Modern America symposium in 1988. “Frankly, we were stunned when he (Cage) agreed to come and to write a piece for us without accepting the commission fee,” recalled Professor of Music Karl Kohn in an issue of Pomona College Today. “He made a major contribution to the symposium and a lasting impression on us all.”

The new College mark, with its colored arch, open book and sunburst, was introduced in October 1988. The mark was designed by the firm of the legendary logo designer Saul Bass.

Men’s Basketball Coach Gregg Popovich left to take an assistant coaching position with the San Antonio Spurs, and was replaced by his former assistant, current Head Coach Charles Katsiaficas. Popovich would later win four NBA titles and two NBA Coach of the Year honors as the Spurs head coach, while Katsiaficas has since guided the Sagehens to nine SCIAC titles.

The men’s and women’s tennis teams combined to go 46-6 (men: 23-4, women: 23-2) and 24-0 in the SCIAC. The women finished third nationally, while the men finished sixth after winning their first conference championship in over 30 years.

The highlight of a week-long program sponsored by alumni in honor of Pomona’s centennial year (1987-88) was an original play by playwright Judy Romberger titled Hail, Pomona! This musical multimedia show, performed in Bridges Auditorium, featured Pomona graduates from the 1930s to 1980s in roles representing Roman gods and goddesses, including the College’s namesake goddess, plus the Claymation figure of Gumby (created by Art Clokie ’43), and a range of historical characters from the College’s first century.

Iran Air Flight 655 was shot down by a missile launched from the USS Vincennes.

The Iran–Iraq War ended, with an estimated one million lives lost.

Pan Am Flight 103 exploded over Lockerbie, Scotland, killing a total of 270 people.