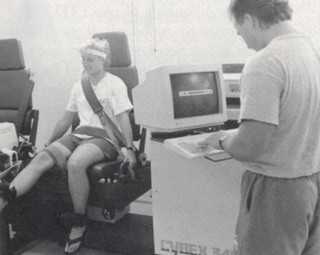 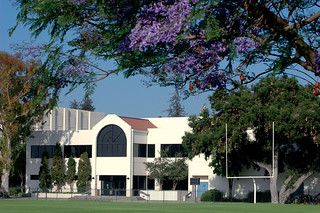 The Rains Center, completed in 1989
14 years ago by Pomona College 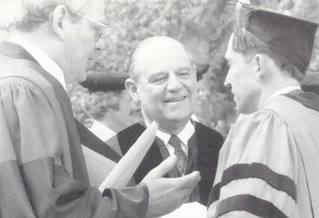 Raymond Barre, former premier of France, is flanked by President David Alexander (left) and Associate Dean Stan Hales '64 prior to delivering the featured address at the 1989 Commencement ceremony.
7 years ago by Pomona College 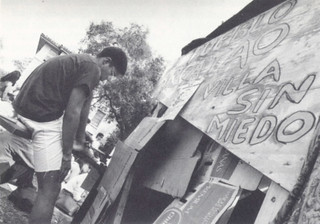 Paul Ali '91 with a shantytown constructed by students in March 1989 for a weeklong demonstration to protest U.S. military aid to El Salvador.
7 years ago by Pomona College

A groundskeeper found this check in 1989 in Memorial Courtyard. The check is dated July 15, 1898, and was written to the estate of Thomas Barrows and endorsed to David Prescott Barrows 1894 to Pomona College. The check amount is $134.47.
7 years ago by Pomona College 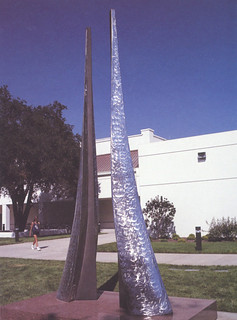 Norman Hines '61 sculpture "In the Spirit of Excellence" at the west entrance of Rains Center, just after it was built in 1989. The sculpture was a gift of trustee Ranney E. Draper '60 in honor of his father Ranney C. Draper '25.
7 years ago by Pomona College 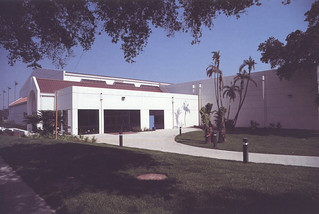 Rains Center, just after it was built in 1989
7 years ago by Pomona College 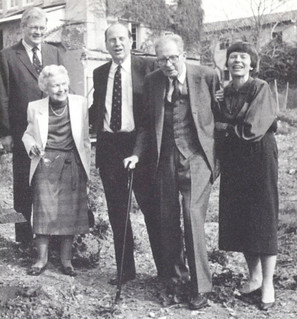 President Emeritus E. Wilson Lyon and his wife Carolyn were joined by their son John and daughter Elizabeth Lyon Webb for the groundbreaking ceremony for E. Wilson Lyon Court on January 20, 1989
7 years ago by Pomona College 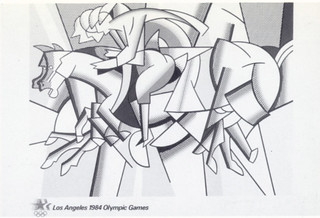 Roy Lichtenstein's "The Red Horsemen" was one of 15 commissioned posters for the 1984 Olympic Games in Los Angeles that were given to Pomona College by Trustee John Argue for hanging in the then-new Liliore Green Rains physical education center in 1989.
7 years ago by Pomona College 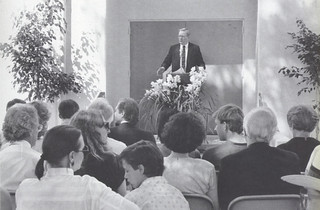 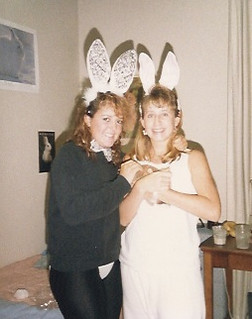 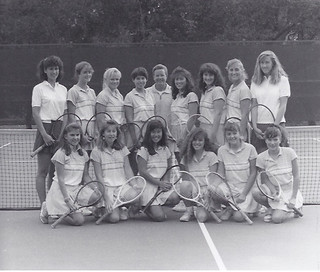 The women's tennis team in 1989. That year, the team were SCIAC champions. Photo submitted by Mercedes Fitchett '91.
7 years ago by Pomona College
Submit a Photo 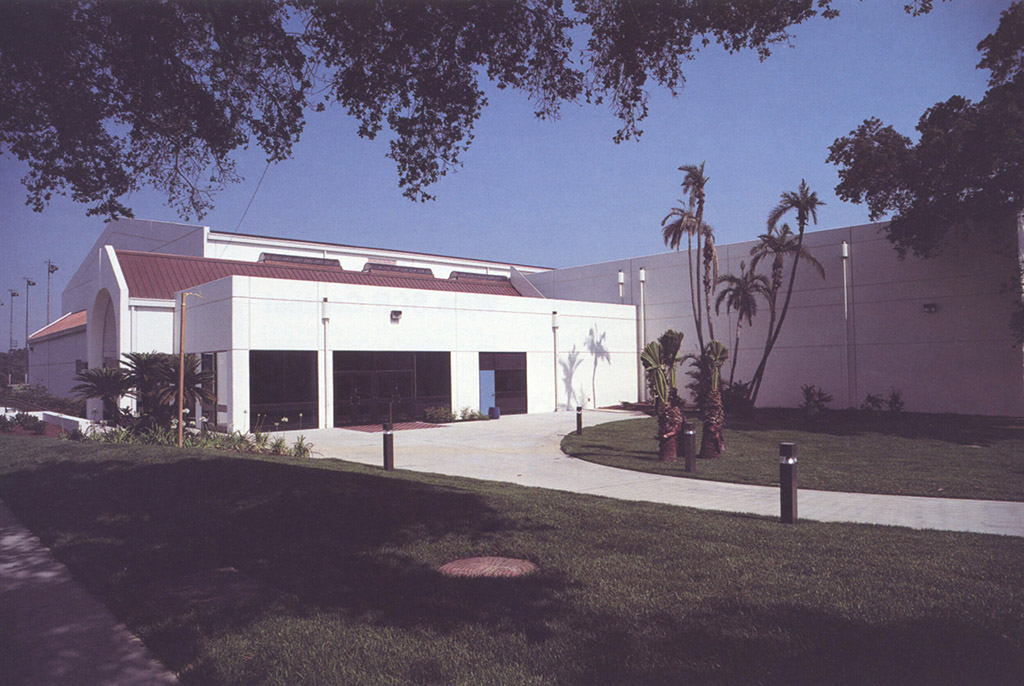 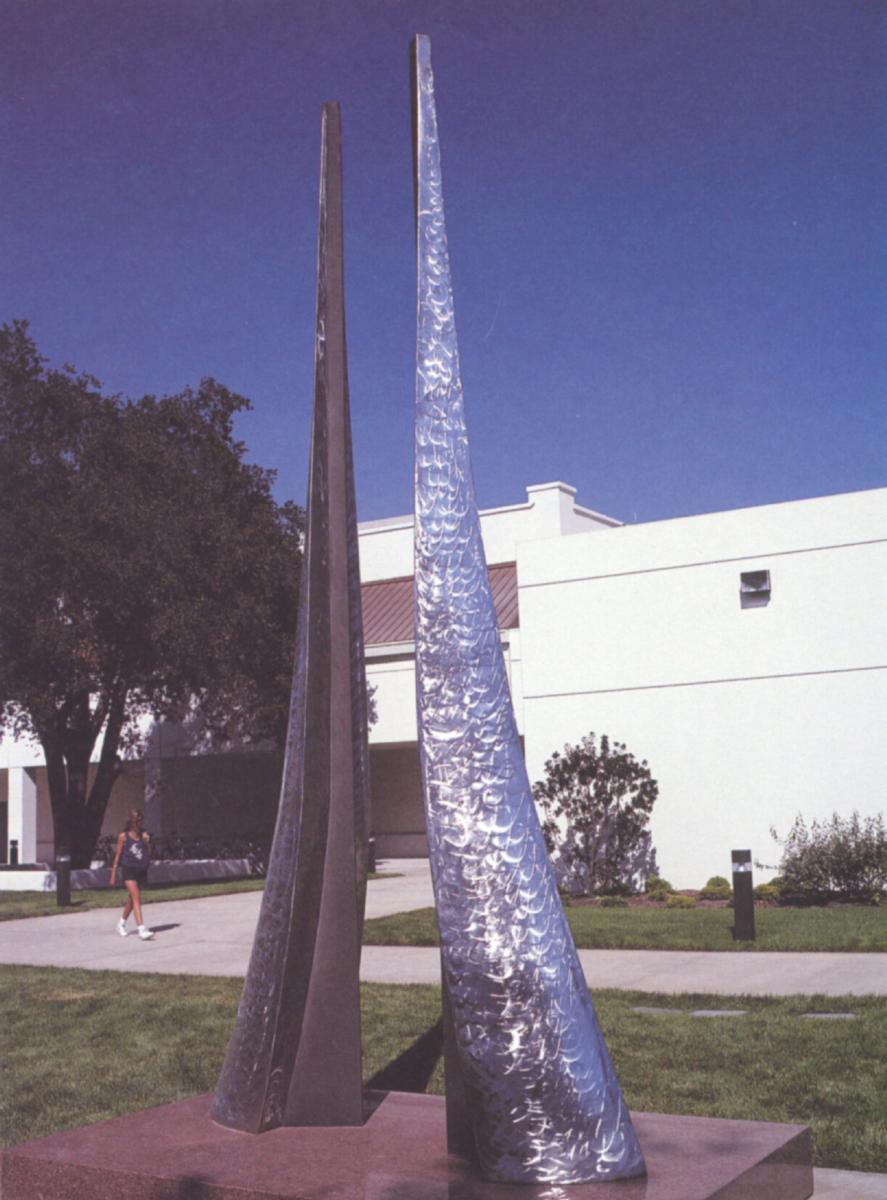 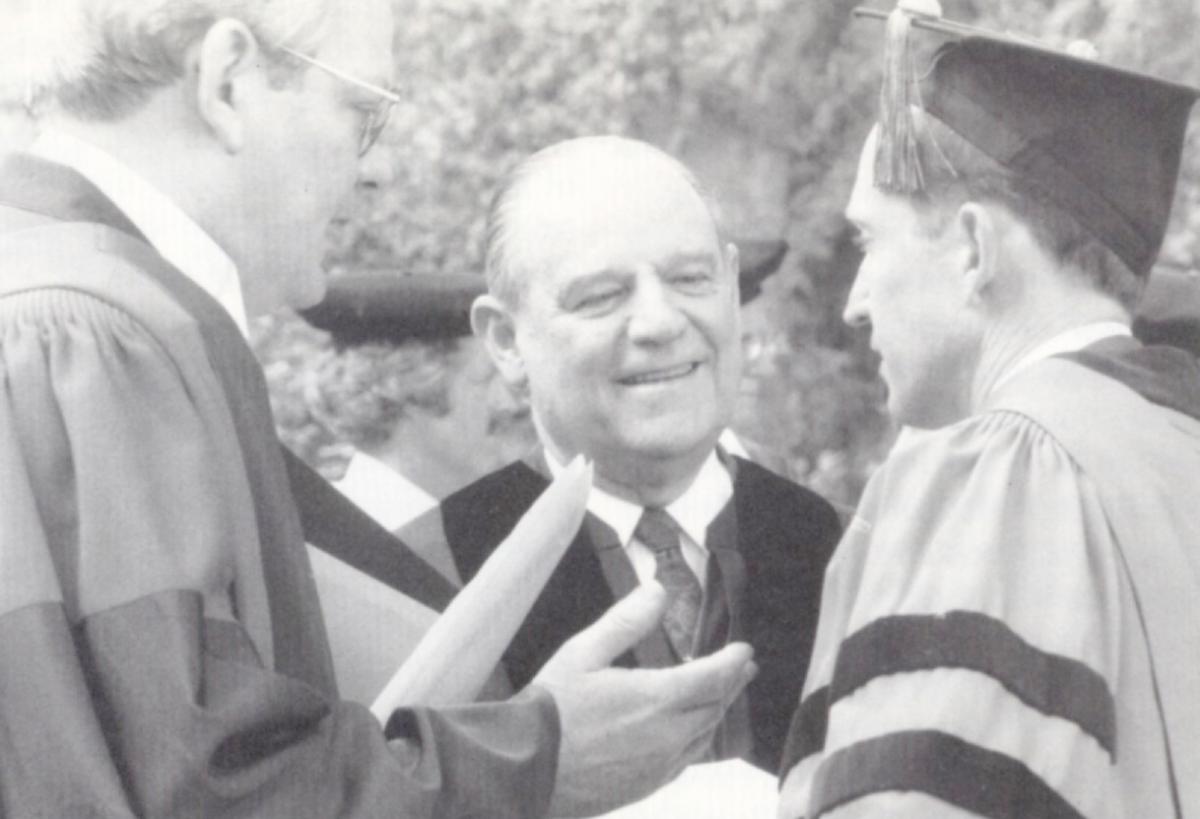 The seven-time prime minister of Denmark, Anker Jorgensen, took part in a Pomona College seminar on post-war Scandinavia taught by Professor Steve Koblik. Also taking part in the seminar was Per Ahlmark, the former deputy prime minister and minister of labor for Sweden.

Marcyliena Morgan, a Ph.D. candidate in theoretical linguistics, was appointed as the first Minority Scholar in Residence at Pomona, a new position aimed at attracting Black and Latino scholars to the faculty.

Rains Center for Sport and Recreation

The new Liliore Green Rains Center for Sport and Recreation, was constructed in 1989 around the existing Memorial Gymnasium, which was refurbished and parts of which—the floor and walls of the basketball court, for example—were preserved. To the structure was added a second gymnasium named for Robert T. Voelkel, vice-president and dean of the college 1975–86, who had strongly supported the College’s athletic programs. Voelkel Gymnasium, home to the Pomona-Pitzer men’s and women’s basketball teams, was equipped with electronic scoreboards and motorized bleachers for 1,200 spectators. Three practice courts, along with the remodeled Memorial Gym, made possible simultaneous scheduling of intramural, recreational and intercollegiate sports.

The approximately 86,000-square-foot, wheelchair accessible center also included a state-of-the-art weight and training room; four racquetball and two squash courts (gift of Loma Sessions in honor of her husband T.J. Sessions); a library and conference room (Nancy and James L. Burke, Jr. Room); three locker rooms; space for physical therapy; a multipurpose room (Albert H. MacLeod Room) for dance and aerobics; and faculty and administrators’ offices.  At the time, Pomona’s athletics and recreation program included 15 intercollegiate, 13 intramural, and countless recreational sports activities. At the dedication of Rains Center on April 8, 1989 (Alumni Weekend), President Alexander noted that the facility represented Pomona’s commitment to the well-being and physical development, as well as the intellectual growth, of all its students.

Draper Walk and Plaza were constructed in 1989 to extend the College’s attractive east-west corridor eastward from the end of Stover Walk to Mills Avenue. It was funded by a gift from Ranney E. Draper ‘60.

Ranney E. Draper '60 also gifted a sculpture, In the Spirit of Excellence by Norman Hines '61, to sit at the end of Draper Walk near the west entrance of Rains Center. Draper dedicated the gift to his father, Ranney C. Draper '25.

Trustee John Argue gave Pomona 15 posters commissioned for the "XXIIIrd Olympiad Los Angeles 1984" by Roy Lichtenstein, David Hockney, Richard Diebenkorn, Robert Rauschenberg and Jennifer Bartlett, among others, to adorn the walls of the new Liliore Green Rains center. Argue is recognized as being instrumental in bringing the Games to Los Angeles.

A groundskeeper found a check dated July 15, 1898, while raking Memorial Courtyard in spring of 1989. The check, written to the estate of Thomas Barrows and endorsed by David Prescott Barrows '94 to Pomona College, survived 91 years of sun, rain, even snow. The amount -- $139.47 -- would have bought a building lot in Claremont in 1898.

1989 saw the first appearance of the “Polympics,” or Pomona Olympics freshman orientation contests, a series of fun matches, competitions and games organized for freshmen by the Orientation Committee. This represented a big change from the ’50s and before, when the freshman men were supposed to wrestle and mud fight against each other or against the sophomores, and the freshman women were supposed to have their weight and measurements taken by sophomore men.

The Rev. Jesse Jackson gave a lecture at Big Bridges in January 1989 to an overflow crowd.