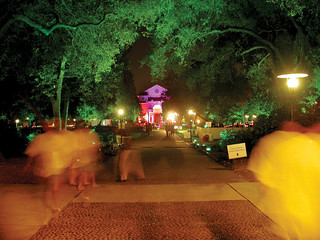 The campus was lit for a party during the inaugural celebration for President David Oxtoby in 2003.
17 years ago by Pomona College 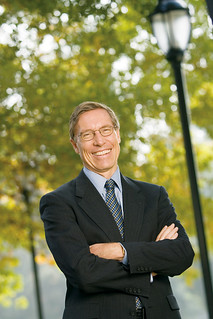 President David Oxtoby, inaugurated in 2003
15 years ago by Pomona College 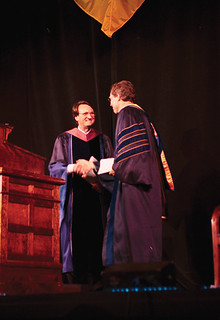 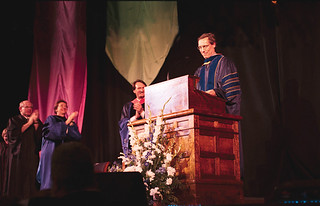 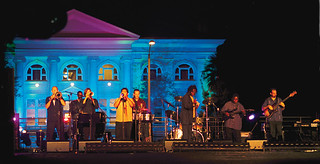 A salsa band plays on the Quad with a brightly lit Carnegie in the background as part of the day-long celebration of the inauguration of President David Oxtoby in 2003.
8 years ago by Pomona College 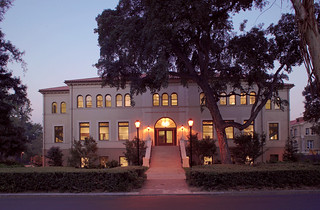 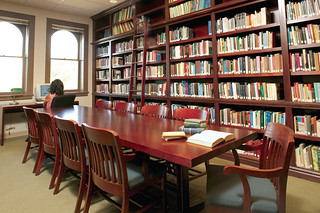 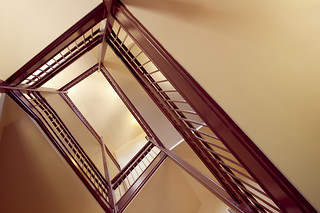 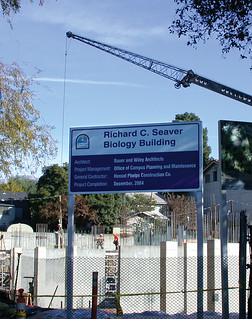 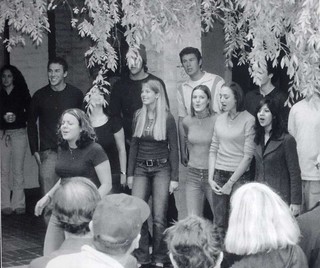 Students singing, from a photograph in the 2003 Metate
8 years ago by Pomona College 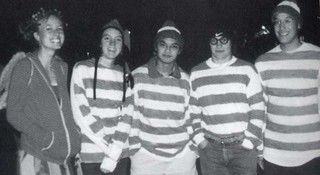 Halloween photo from 2003 Metate
8 years ago by Pomona College 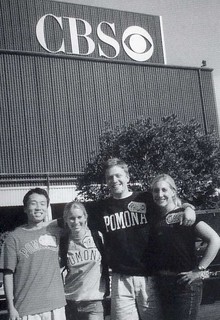 Group shot from 2003 Metate
8 years ago by Pomona College 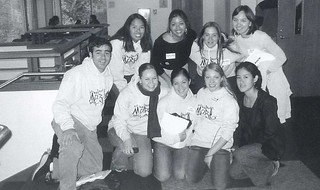 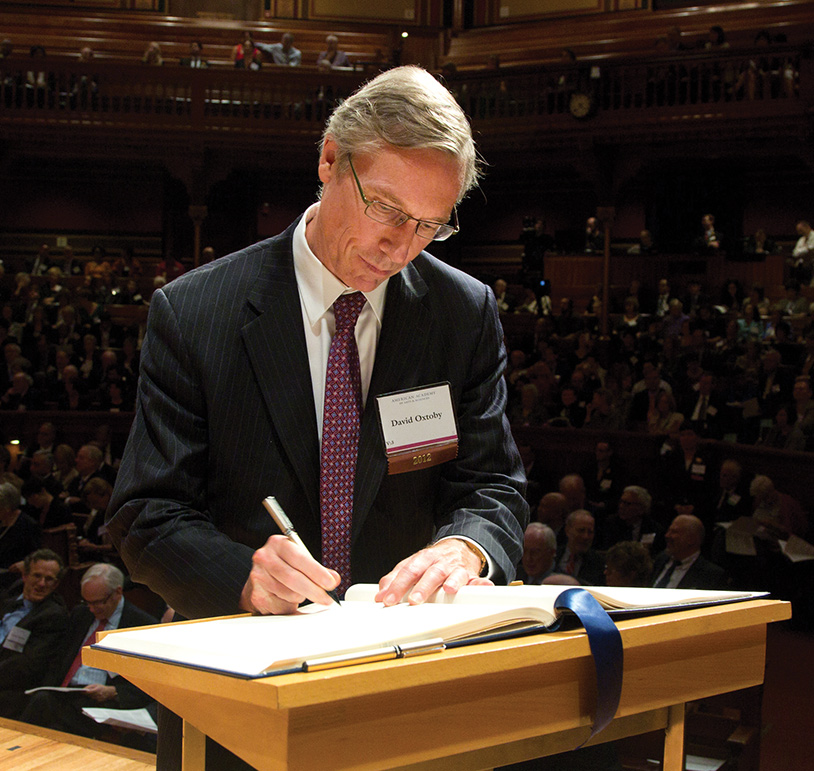 David Oxtoby became the ninth President of Pomona College in Claremont, California, in July 2003. An internationally-known physical chemist, he previously served as Dean of the Division of Physical Sciences at the University of Chicago where he was William Rainey Harper Distinguished Service Professor. At Pomona College, he is also Professor of Chemistry, and annually teaches a course in environmental chemistry.

Under President Oxtoby’s leadership, the College has launched initiatives in sustainability-including integrated academic and campus planning and an office of sustainability-completed three new academic buildings, and carried out renovations of several historic campus buildings. Pomona has maintained a commitment to meet 100% of students’ demonstrated financial need through scholarships and financial aid, and has replaced loans with grants in student-aid packages, in order to enhance low-income and under-represented students’ access to a Pomona College education. In 2009, Pomona established the Draper Center for Community Partnerships, which includes a long-term commitment to the Pomona College Academy for Youth Success (PAYS) serving historically under-represented high school students. The College has established a parents program and set records for Annual Fund giving three years in a row. In addition, Pomona has adopted a new General Education curriculum, added new departments of Computer Science and Media Studies, and has expanded the faculty with particular emphasis on interdisciplinary programs such as Neuroscience, Environmental Analysis, and Media Studies.

President Oxtoby has been particularly supportive of the arts, leading efforts to increase resources, visibility, and capacity. These efforts have resulted in a revitalization of the Pomona College Museum of Art, a new faculty position in creative writing, the inclusion of arts programming and facilities in the College’s Strategic Plan, and a commitment to public art exemplified by the installation of Pomona College alumnus James Turrell’s Skyspace, Dividing the Light, in 2007.

Pearsons Hall underwent a complete renovation in 2003, upgrading the building’s structure, interior spaces and facilities and recovering original architectural details, such as the wooden windows and handsome staircase, that had been lost in previous renovations.

Comedian and activist Dick Gregory was the featured speaker at The Claremont Colleges’ celebration of Martin Luther King Jr. Day.

Noted artists James Turrell ’65, Bill Viola and Pauline Oliveros were among the artists to appear in a three-day colloquium titled “See Here: A Colloquium on Attention and the Arts.”

The U.S. Peace Corps honored Pomona College for the dedication and global service of its students, many of whom served in the Peace Corps over the years, by presenting the College with a “peace pole,” the first ever given by the Corps. At the time of the award, a total of 236 Pomona alumni had volunteered over the years to serve in 77 countries. Eleven were currently serving overseas and 15 graduating seniors had been selected to serve the following year.

Space Shuttle Columbia disintegrated during reentry over Texas, killing all seven astronauts onboard.

The Human Genome Project was completed, with 99 percent of the human genome sequenced to 99.99 percent accuracy.

The Iraq War began with the “shock and awe” campaign by U.S. and allied forces.