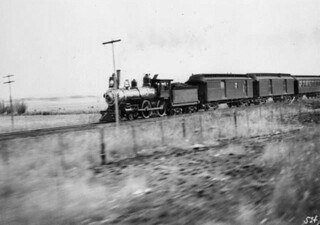 The Railroad and the Boom

Starting in 1885, two years after the completion of the nation’s second transcontinental railroad (a southern line leading to Southern California), the Los Angeles Basin experienced a land boom that would be heightened a year later by the arrival of the first refrigerated railroad cars to carry oranges and other produce all the way to the East Coast. The boom of 1885-88 would encourage a great deal of land speculation, including the creation of the town of Claremont.

The Atchison, Topeka and Santa Fe Railroad, which first began to serve Southern California on leased tracks in 1885, developed its own tracks into the region in 1887, opening up affordable travel to Southern California from the rest of the nation and setting off a competition with other railroads to lay out prospective towns along their lines and attract travelers. This contributed to the spectacular three-year real estate boom in the region as people rushed to establish homes in “the new Italy.”

The Education Committee of the Association of Congregational Churches in Southern California announced its decision “to establish a college of the New England type.” The first church was founded in 1866 in San Bernardino, 30 miles east of Claremont , and by 1885, the denomination already had 21 churches and 1,200 members in Southern California, and the influx of new people and the economic boom of the period gave the founders optimism about the future.