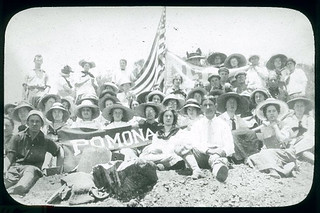 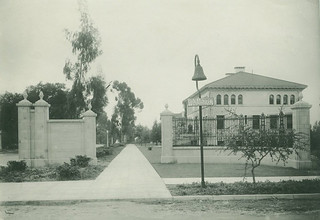 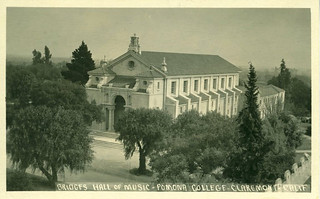 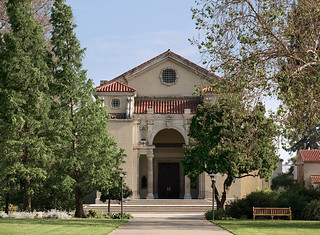 Bridges Hall of Music - current
14 years ago by Pomona College 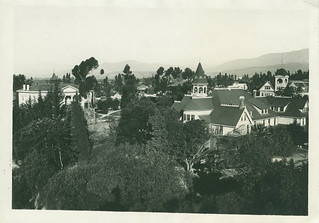 The campus in 1915
8 years ago by Pomona College 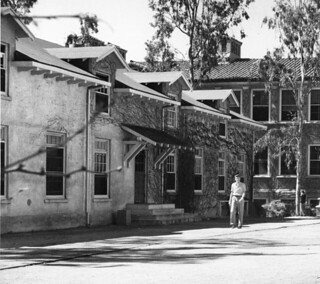 Harwood Hall of Botany
8 years ago by Pomona College 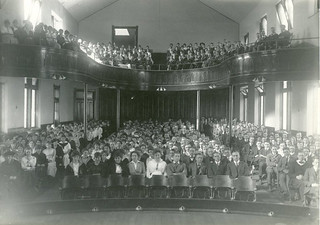 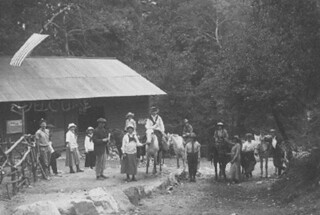 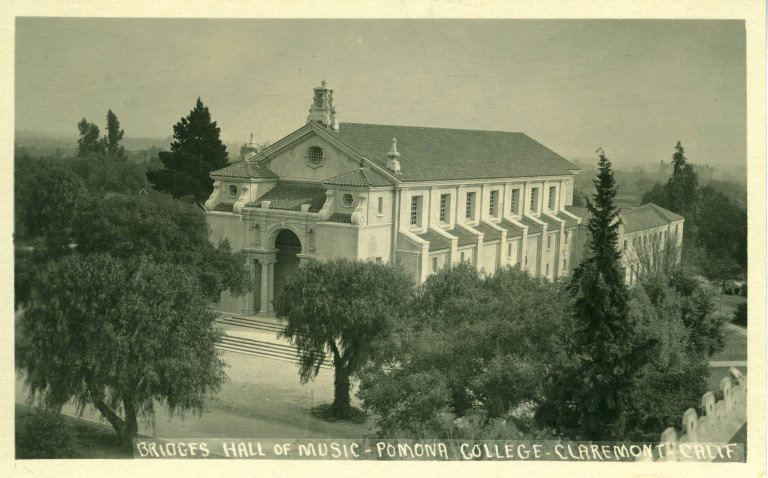 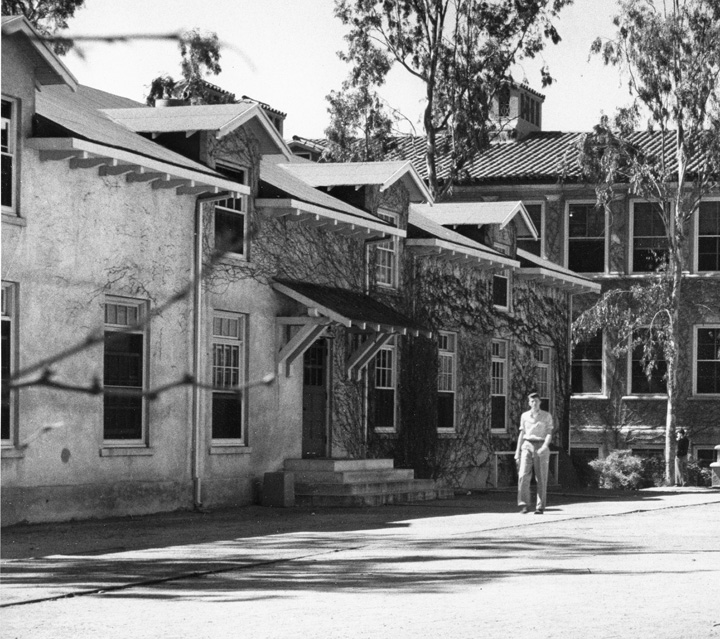 Completed in 1915, the Mabel Shaw Bridges Hall of Music is the architectural gem of the Pomona campus and, many believe, one of the finest buildings of Myron Hunt’s career. Perfectly proportioned to its prominent site on Marston Quadrangle adjacent to the slightly recessed Rembrandt Hall, it conveys a sense of Hunt’s larger plan for the campus. In a letter written in the early 1930s, the architect explained the basis of his design:

“It was set by the desire of the college to have a room which could hold a thousand people but could be arranged to look as though there was a real audience if there were only three hundred and fifty. This was done by using the side benches of the parliament type and making the seats of the pit removable. When it came to the character of the detail, we worked back to Mexico, which means to Spain, which means to what the Spanish thought was the Renaissance.…The reason for this was because of our local Spanish traditions. Effort was made to spot the ornamental Spanish style, rather than spread it out, Italian style.”

Hunt gave his hall a festive entry porch that, according to his campus plan, was to have faced a chapel across Marston Quadrangle. Although a chapel was never constructed, the notion of an answering façade to the north was taken up many years later by architect Robert A.M. Stern whose Smith Campus Center (built in 1999) finally provided the visual dialogue between north and south sides of the quadrangle that Hunt envisioned. Writing about Bridges Hall of Music, Stern notes that it was “…certainly Hunt’s greatest building on campus. More finely detailed and stylistically specific than his previous efforts, Little Bridges is a masterpiece that established a convincing sense of place.” The concert hall itself is basilican in form, and one finds in the building references to French and Italian Renaissance ecclesiastical architecture as well as that of the Spanish missions. The auditorium was beautifully appointed—with dark paneling and a decorated ceiling—and expertly engineered acoustically.

Bridges Hall of Music is two-sided—its auditorium on the north, and, on the south, an elongated, U-shaped, courtyard (Lebus Court) surrounded by a graceful Ionic colonnade and rooms originally intended for music practice. Lebus Court, in turn, looks south to Harwood Court (1921), continuing the linear sequence of buildings, courtyards, and resulting sight lines that distinguished Myron Hunt’s campus plan. At the center of Lebus Court is a bronze fountain sculpture by Burt W. Johnson of a nude boy, in classic contrapposto stance and holding a flute, given to the College by the Class of 1915. Titled The Spirit of Spanish Music, the work reflects the “Arcadian” theme Hunt intended for Pomona’s south campus.

Bridges Hall of Music was made possible by a gift of $100,000 by Mr. and Mrs. Appleton Shaw Bridges of San Diego in honor of their daughter, Mabel Shaw Bridges ‘08, who had died after a short illness in May 1907. Mabel Bridges had been active in music on campus and was treasurer of the Rembrandt Club.

In the same year Bridges Hall of Music was completed, the College also constructed perhaps its least distinguished academic building ever, Harwood Hall for Botany. A new hall for science was part of the Million Dollar Campaign, but when that effort failed to provide the needed funds, A.P. Harwood stepped in to pay for a new botany building as a memorial to his son Alfred. Built in 1915, the hall, constructed west of Pearsons, in the center of what is now the Academic Quad, was adjoined by a laboratory including both a greenhouse and a lath house. Although never intended to be a lasting part of the campus, the building remained home to Botany until 1942, when that department joined Zoology in Crookshank Hall. At that point, Harwood Hall for Botany became known simply as Harwood Hall, home to the Psychology Department. The building disappeared from the college catalog and campus maps in 1966 and was quietly demolished in 1968. Reflecting, perhaps, its undistinguished character, there is little record of Harwood Hall in Pomona’s archives, and though it was part of the campus for more than half a century, it can be glimpsed in only a handful of remaining photographs.

The son of one of the founding trustees, Alfred Woodford 1913 returned to his alma mater two years after graduation to become an instructor in chemistry. He would go on to found the Geology Department in 1922 and to teach at Pomona for 40 years.

In 1915, Pomona made a brief, experimental change in the College’s pricing structure, adopting the Yale system of computing tuition by a general fee and a charge for each semester hour of instruction. Previously, tuition had been a lump sum amount per term, totaling $60 per year in 1888 and eventually rising to a total of $90 per year by 1914. In 1915, that changed to a general charge totaling $30 per year, plus a $2 instructional charge for each semester hour. As students took from 16 to 18 hours, yearly tuition ranged from $94 ($47 per semester) to $102. The experiment was abandoned in 1919, when the College returned to a comprehensive tuition fee of $125.