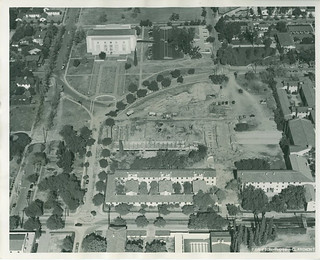 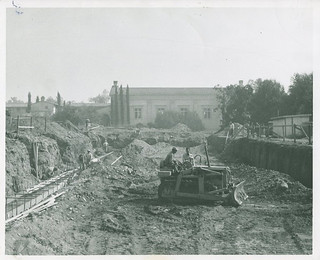 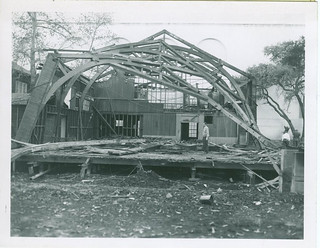 Renwick Gymnasium after the fire that occurred December 20, 1952
7 years ago by Pomona College 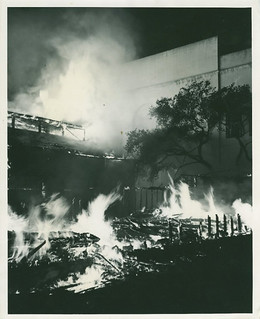 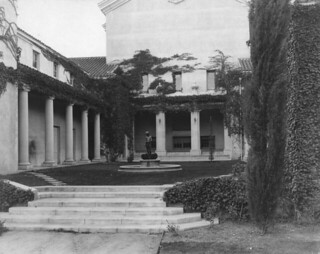 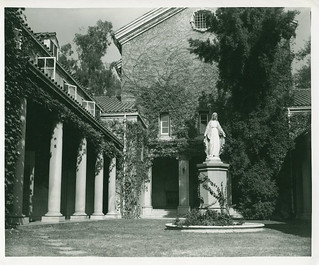 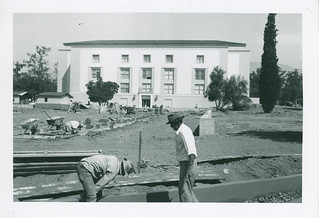 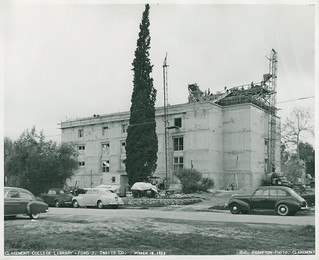 Construction of Honnold Library on March 18, 1952
7 years ago by Pomona College 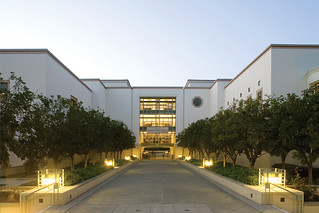 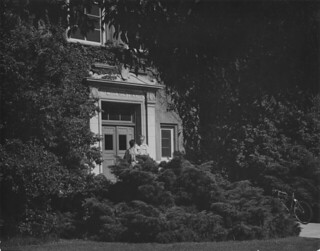 Mason Hall in 1952
7 years ago by Pomona College 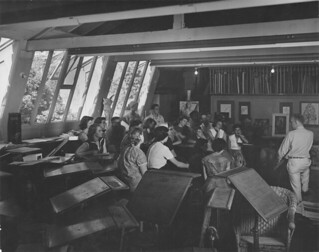 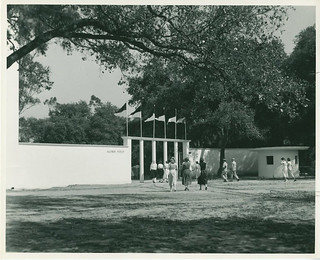 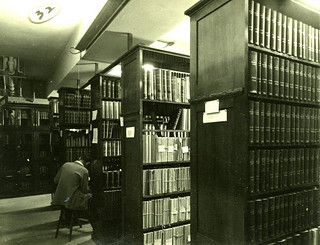 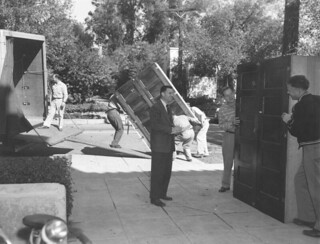 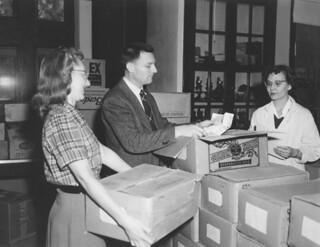 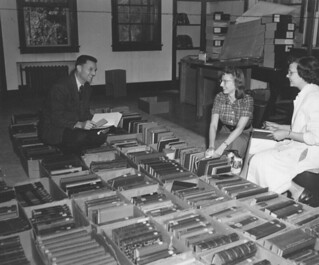 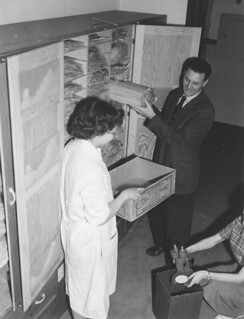 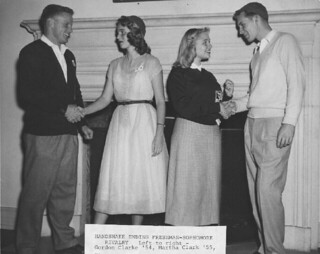 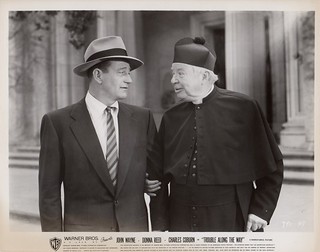 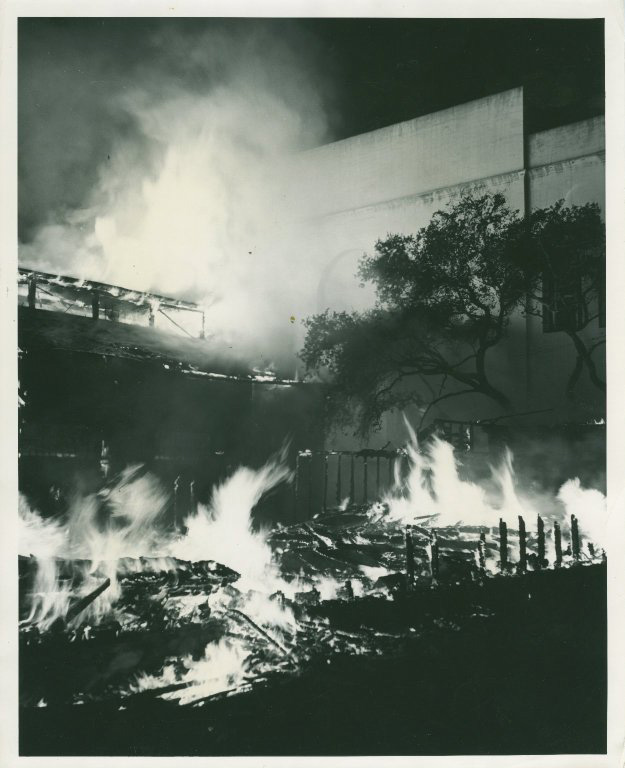 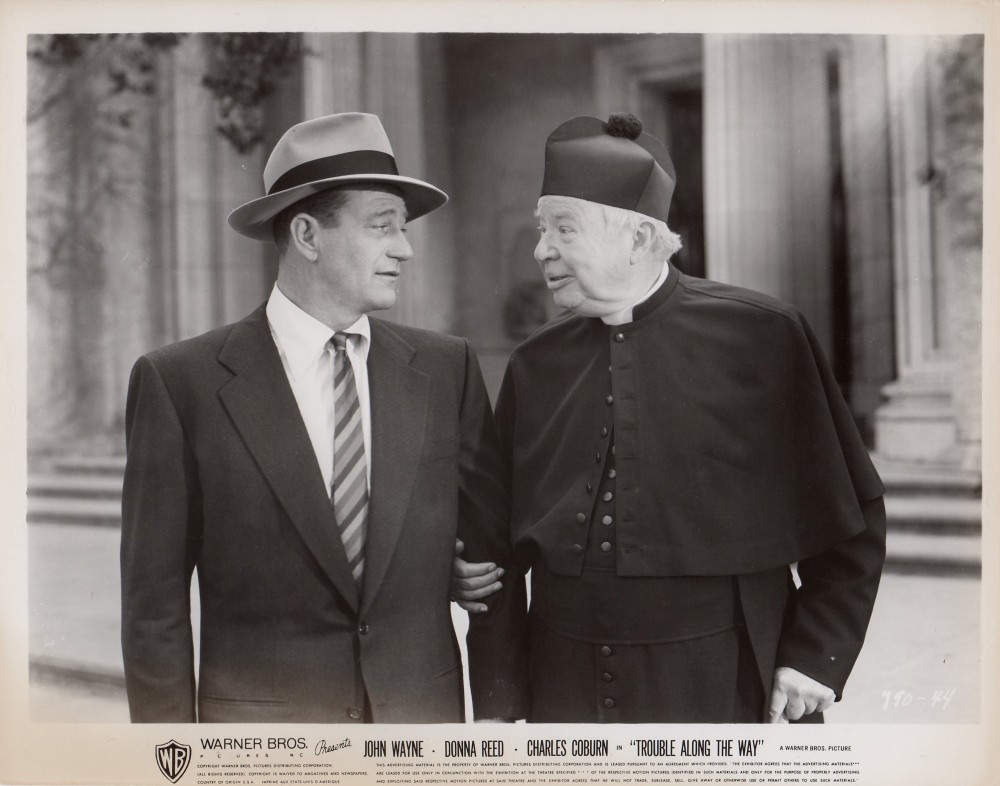 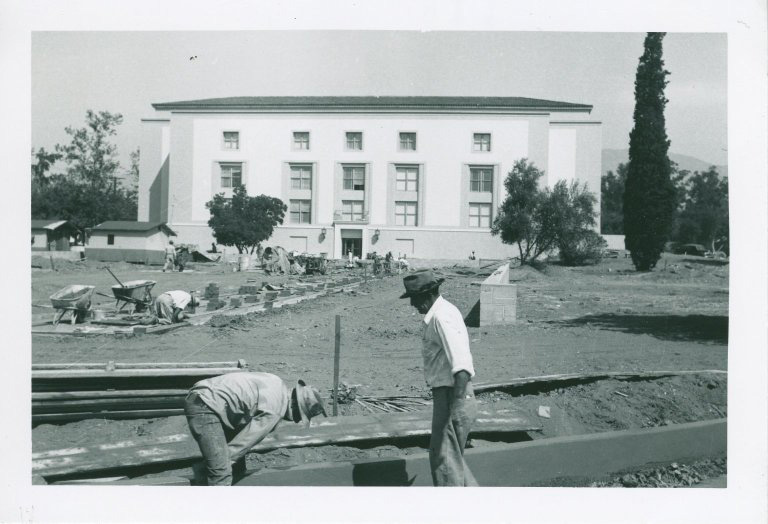 The postponed east wing of the Edmunds Union was finally undertaken in 1950 during the administration of President E. Wilson Lyon. Architect Wallace Neff designed the new wing to relate harmoniously to Memorial Gymnasium, then under construction. Ever-creative in finding ways to fund projects, Lyon developed a plan financed by surplus funds from the Associated Students, anticipated store profits, and continuance of the $1.50 student surcharge. The new wing faced College Way and offered a large, canopied porch and glass façade. A full basement, which could accommodate 250, was used for class parties and various recreational purposes.

The original Renwick gymnasium was lost to a fire on Dec. 20, 1952. As a result, students and staff in Physical Education lost their dressing rooms and offices, requiring temporary draperies to create private spaces in the second Renwick for the then-required physical examinations of students, and a dependence on nearby Sumner Hall for restrooms.

Pomona established its first student exchange program with Fisk University, a historically all-Black institution in Tennessee. The resulting experiences of Fisk students at Pomona and Pomona students in the 1950s South were, in many instances, reported to be life-changing. Pomona would go on to establish exchange programs with Swarthmore, Colby and Smith colleges.

Fred Sontag joined the Philosophy faculty at Pomona College in 1952 and would become one of the most revered professors in Pomona history by the time of his retirement and death in 2009.

The first Ranch Party was held for the sophomore class at the Weirick Family Ranch in Summit Valley, California. This would later turn into a major annual event drawing hundreds of students for a “mini-rodeo and barbecue” on the historic ranch and lasting well into the '60s.

Campus Filming: Trouble Along the Way

John Wayne’s eyes narrowed as he gazed toward Marston Quad in Trouble Along the Way, part of which was filmed at Pomona in 1952. Filmed from a low angle, the Duke acquired a heroic dimension as Little Bridges’ fluted columns soared above him. Wayne had finally won the dialogue dispute with his director and was about to deliver one of the denouement’s crucial lines. “Hey,” he yelled toward the Quad, where the female lead, Donna Reed, would be shown walking in the movie’s final print. “Ya got nice legs, too ... for a copper.” For those with Pomona connections, the film may be most notable for John Wayne’s presence on the Quad and for the appearance of a sculpture of the Madonna in place of the flute-player in the center of Lebus Court. For serious film buffs it’s perhaps most noteworthy for the appearance of an uncredited extra named James Dean.

Dedicated in 1952, Honnold Library opened its doors as the central library of The Claremont Colleges with a total of 297,000 volumes. Funded by a gift from Mr. and Mrs. William Lincoln Honnold, the new consortial library brought together the collections from individual libraries at three of the four member institutions. Pomona’s library collection was transferred from Carnegie to Honnold, freeing Carnegie for other uses. Since then, the library has expanded three times, with the addition of a south wing in 1956, the addition of the Seeley W. Mudd Library in 1970, and a new addition in 1987, resulting in the current Honnold/Mudd Library of The Claremont Colleges, a 353-foot-long complex housing approximately 2 million volumes.

Ved Mehta ’52, an essayist, journalist and autobiographer, was born in Lehore, India (now a part of Pakistan). Mehta, who contracted spinal meningitis and lost his sight before age 4, began attending a school for the blind in Arkansas in 1949. He received degrees from Oxford and Harvard before joining The New Yorker in 1961, where he spent more than 30 years as a staff writer. Mehta’s first book, the autobiography Face to Face (1957), written when he was 20, was followed by more than 24 books and hundreds of articles and short stories. Among his many honors, Mehta is both a Guggenheim and MacArthur Prize Fellow.

Britain’s King George VI died at age 56 and is succeeded by his daughter, who was proclaimed Queen Elizabeth II.

Eva Peron, the so-called “Spiritual Leader” of Argentina, died at the age of 33.