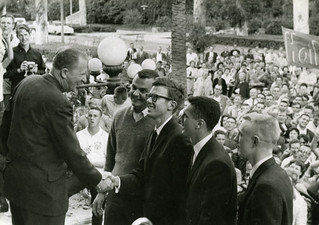 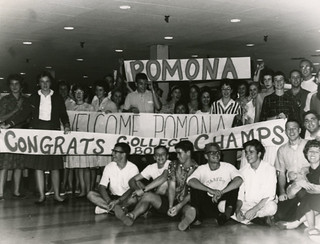 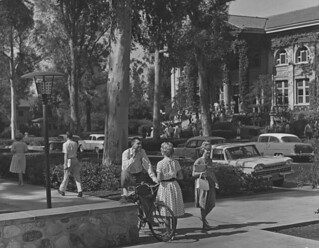 1961 photo of College Avenue
7 years ago by Pomona College 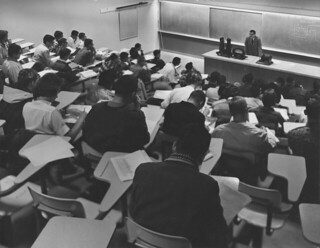 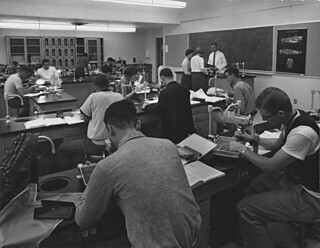 Science laboratory in 1961
7 years ago by Pomona College 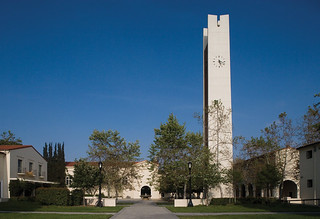 Current photo of Smith Tower, completed in 1961, and the surrounding Bixby Plaza
14 years ago by Pomona College 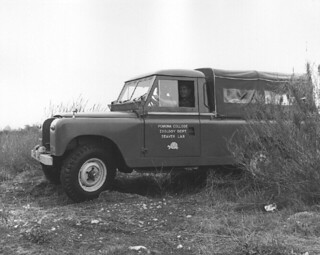 Land Rover truck used by the Zoology Department, a gift of Frank Seaver 1905
7 years ago by Pomona College 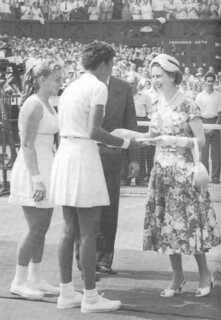 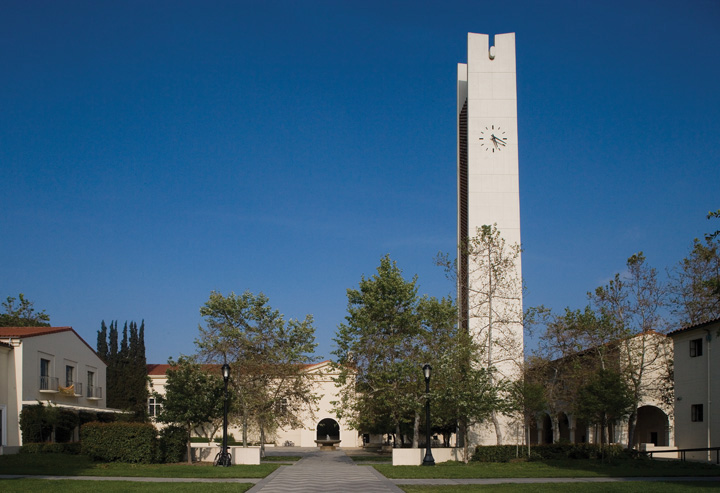 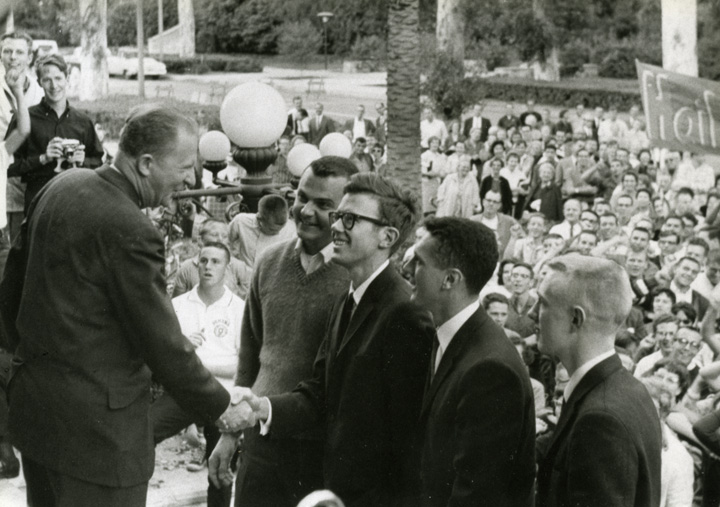 Architect Sumner Spaulding’s original plan for Pomona’s north campus in the 1920s included a tower, but more utilitarian concerns took precedence and the structure was not built. In 1959, Mr. and Mrs. Edwin S. Smith of San Diego provided funds for a memorial tower that was subsequently designed by Spaulding’s former partner, John Rex of the firm of Rex and Honnold, and completed in 1961. Installed in the 125-foot tower is a 2,350-pound replica of the Liberty Bell in Independence Hall, Philadelphia.

A civic space and focal point of the College since its original construction in 1914, the Greek Theatre was restored in 1961, at a cost of $3,400, and a grassy contour overlooking the theatre and stage was formed to increase the seating capacity to 5,000. The renovation also included the blocking of an old tunnel into the theatre and repairs to the east wall of the stage.

With Pomona’s first two computers (an analog Heathkit and a Bendix G-15) reserved for Physics Department use, Geology Professor Donald McIntyre arranged with trustee Frank Seaver 1905 and Pomona alumnus Hugh Clary 1915, founder of the Clary Corporation, to purchase a Clary DE-60 for $20,000. Later, Clary would donate a second DE-60 to the Chemistry Department, where Professor Corwin Hansch would use it to pioneer the field of computer modeling in the development of new drugs.

The number of courses required each semester was reduced from five to four, with a total of 32 courses needed for graduation. To encourage breadth of study, the College added a distribution requirement of 10 courses: one in English, two in science, three in the social sciences, a course in literature, art or music, a course in philosophy or religion, and two courses outside the field of concentration. Knowledge of a foreign language was added as a graduation requirement in 1963.

Pomona’s Education Abroad Program was inaugurated in 1961 with programs in 12 European and Latin American countries. The Semester Abroad Program joined the long-established Washington semester program. Pomona students also developed a plan for a semester exchange with students from Swarthmore College.

In 1961, four Pomona students who became known as the “fabulous foursome”—Richard Wilsnack ’64, Matthew Cartmill ’64, Dallas Holmes ’62 and David Renaker ’63—appeared on the televised General Electric College Bowl quiz program, and retired as five-time champions after winning $9,000 for Pomona’s scholarship fund and crushing teams from such institutions as Amherst College and Texas Christian University. The team was coached by Professors Morton O. Beckner and Robert J. Fogelin.

For the first time in 1961, the previously all-male dining hall in Frary Hall was opened up to women students. A number of men reportedly protested, arguing that it was inappropriate for females to dine beneath the nude figure of Prometheus in José Clemente Orozco’s 1930 mural. However, the women counter-protested and co-ed dining was here to stay.

Rugby and soccer added to the sports program.

Son of Flubber, a sequel to The Absent-Minded Professor, parts of which were shot on the Pomona campus in 1960, also featured scenes shot on campus.

The Constitution of The Claremont Colleges was ratified and took effect on July 1, 1967, with E. Wilson Lyon serving as the first provost under the new document.

The Beatles performed for the first time at the Cavern Club in Liverpool, England.

President Kennedy announced U.S. plans to put a man on the moon within the decade.