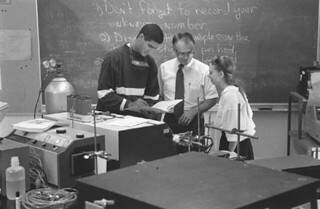 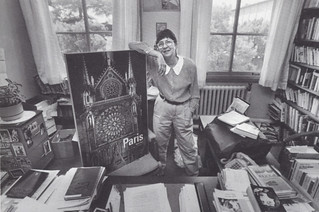 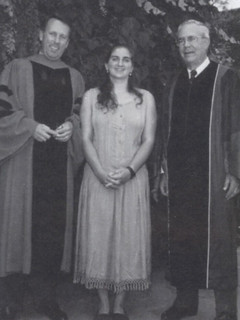 President Peter Stanley is joined after Opening Convocation on September 2, 1993, by ASPC President Lorig Charkoudian '95 and Dr. Robert Tranquada '51, chairman of the Board of Trustees
7 years ago by Pomona College 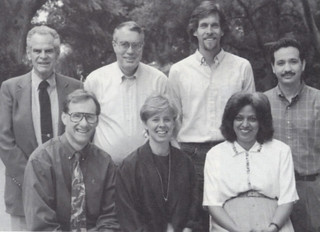 A large group of Sagehens from Mt. San Antonio Gardens retirement community gathered for a photo in 1993.
7 years ago by Pomona College 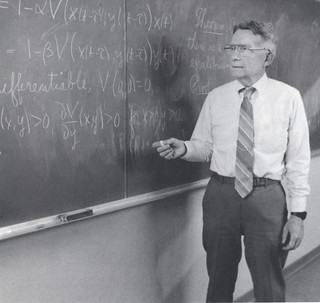 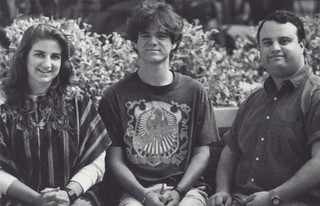 Lorig Garkoudian '95, Greg Vinson '95 and Dave Saltzer '94 were three students highlighted for their volunteer work in a 1993 Pomona College Today article on the newly established Student Volunteer Center,
7 years ago by Pomona College 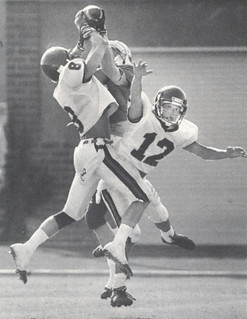 In 1993, the Pomona-Pitzer football team had a 4-4 record, the best in 22 years. Robert Christman '95 and Andy Paik '93 were two players that helped the Sagehens soar that year.
7 years ago by Pomona College 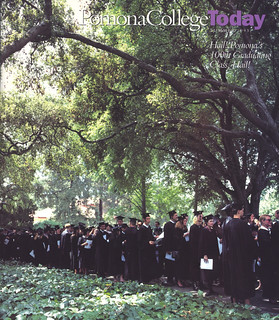 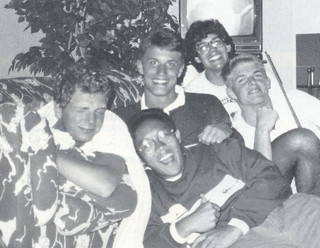 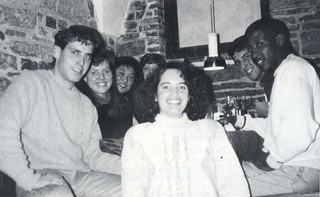 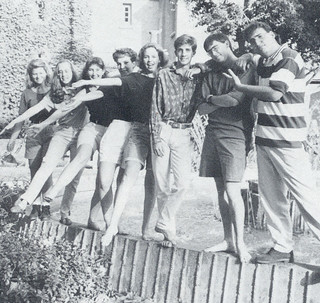 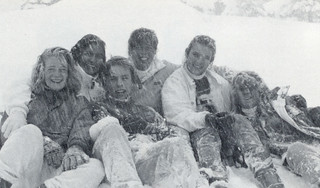 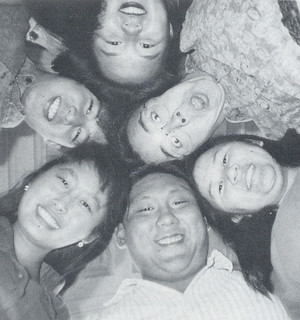 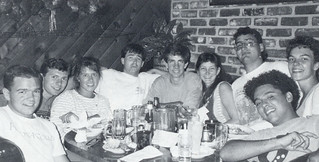 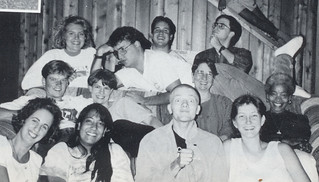 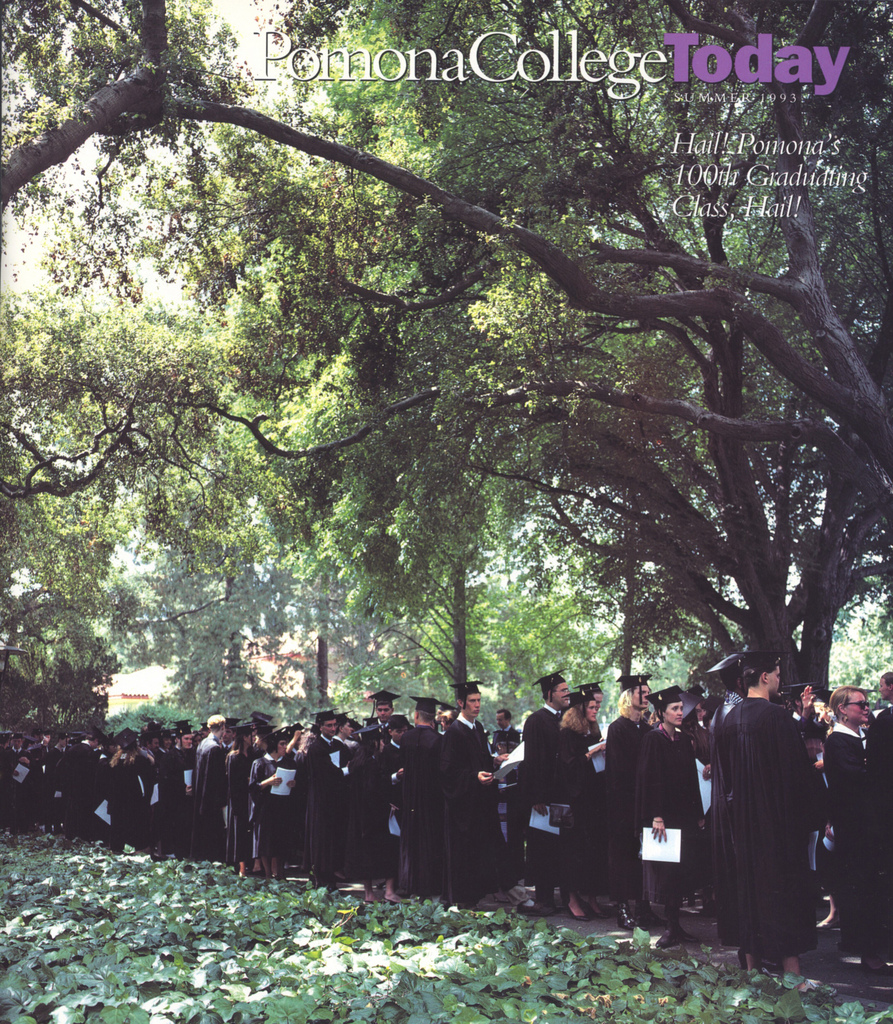 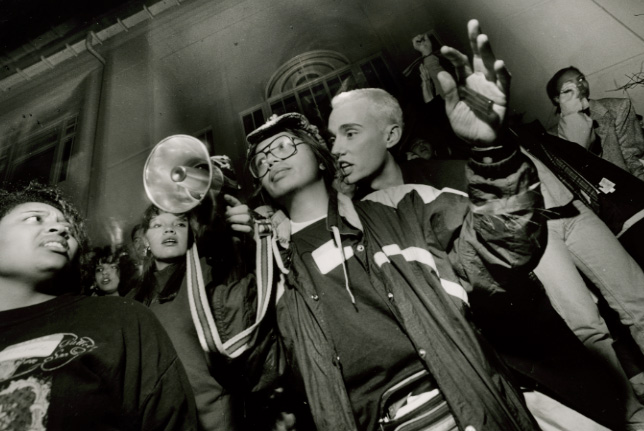 As the Class of 1993 took center stage, Pomona celebrated the 100th Commencement exercises in its history. Featured speaker for the event was Jack Healy, executive director of Amnesty International USA.

Laura L. Mays Hoopes, formerly associate dean of the faculty and professor of biology at Occidental College, succeeded Jerry Irish as vice president and dean of the college.

Students working in cooperation with the Career Development Office and the ASPC staff established a student-operated Volunteer Center to make students aware of the opportunities for volunteering and to help coordinate and facilitate student service of all types. In its first year, 104 Pomona students participated in community volunteer activities through the center.

A group of students seeking to increase the racial diversity of the faculties and student bodies of The Claremont Colleges occupied Alexander Hall in early February, leaving peacefully after two days. A total of about 50 students from throughout The Claremont Colleges took part in the protest, which began when students entered the building shortly after it had been unlocked by housekeeping personnel, locked the doors and papered the windows with such slogans as “Building closed due to racism,” and “Educate me and you educate yourselves.” The protest was apparently sparked by a rumor that a search committee attempting to fill a joint Intercollegiate Department of Black Studies/Pomona College English Department position had failed to agree on any of three finalists. Protesters also cited Scripps College’s decision to abandon a search for a professor of Chicano Studies. The College agreed to establish a task force to review and recommend means to strengthen student involvement in hiring, renewal and promotion procedures.

Mike Budenholzer recorded a hole in one against Cal Lutheran in a dual meet for the men's golf team. Budenholzer is currently an assistant coach with the San Antonio Spurs under Gregg Popovich.

During the summer of 1991, a new $3.1 million swimming pool, given by and named for Henry F. Haldeman, was added east of Rains Center, adjacent to Alumni Field. The Haldeman Aquatics Center has a 50-meter Olympic-size pool, one- and three-meter diving boards and separate locker and training facilities.

Czechoslovakia spits into two countries, Slovakia and the Czech Republic, in the so-called Velvet Divorce.

A 51-day stand-off at the Branch Davidian compound near Waco, Texas, ended with a fire that kills 76 people, including cult leader David Koresh.