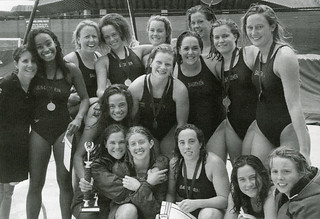 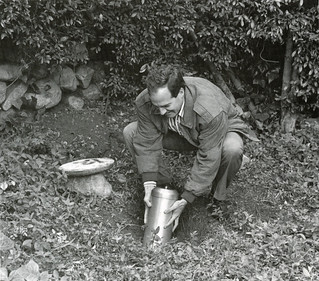 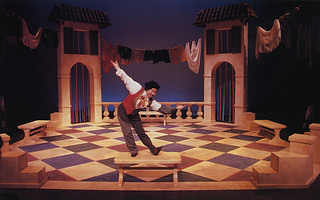 A scene from Molière's play, "The Mischievous Machinations of Scapin," performed at Seaver Theatre
7 years ago by Pomona College 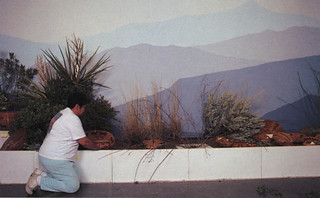 Guest curator and Cahuilla basket maker Donna Largo works on a diorama for an exhibit in Montgomery Gallery titled "Ways of Seeing/Exhibiting American Indian Art: The Pomona College Collection" in 1994
7 years ago by Pomona College 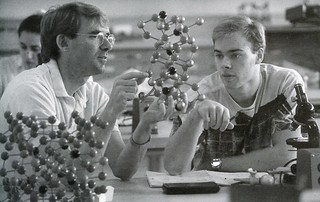 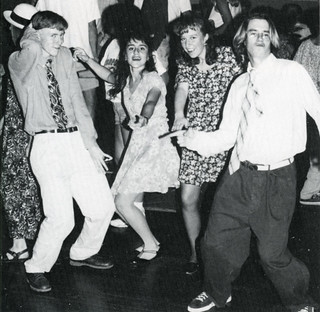 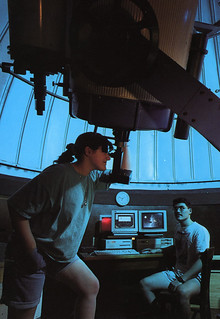 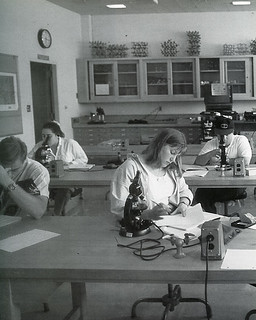 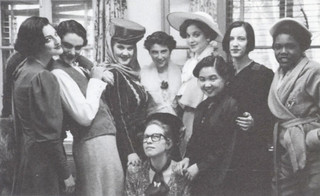 Maria Irene Fornes' drama "Fefu and Her Friends" was the final theatre production of the 1993-94 season. It was performed with an all-female cast at Scripps' Browning Hall because it resembled the play's setting. The play was directed by Betty Bernhard.
7 years ago by Pomona College 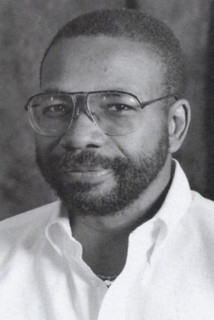 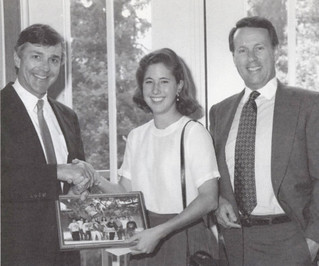 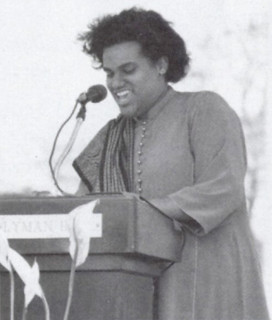 April Mayes '94, current Pomona College assistant professor of history, was the Class Day speaker in 1994
7 years ago by Pomona College 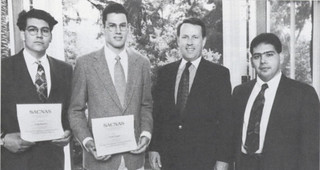 Jaime Angulo '97, Jorge Ramirez '97, President Peter Stanley and Professor Roberto Garza, when Angulo and Ramirez won the Vigil Award at the annual conference for the Society for Advancement of Chicanos and Native Americans in Science in 1994.
7 years ago by Pomona College 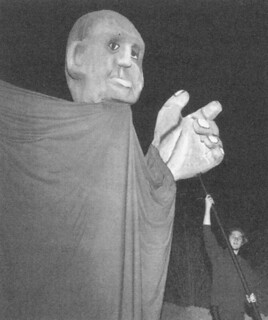 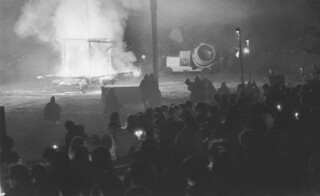 The Fate of Big Bridges

In 1994, the Council of Presidents voted to close Bridges Auditorium due to reduced usage and significant deferred maintenance. At that time, the possibility of transferring ownership to Pomona was explored but not pursued further, and the closure was “temporarily” rescinded. Studies of Bridges Auditorium in 1995 concluded the cost of deferred maintenance and renewal issues of the building systems was substantial. Among the items needing repair are the mechanical and plumbing systems which date primarily from the original construction, with some modifications and parts replacement over the past years. Most of the building’s electrical service was also original. These concerns eventually led the Claremont University Consortium Board of Overseers and the Pomona College Board of Trustees to vote to transfer ownership of the facility to Pomona College effective July 1, 2007.

The College completed a $120,000 renovation of Marston Quadrangle that included upgrading walkways and installing a computer-controlled irrigation system designed to reduce the space’s water consumption by up to 30 percent.

The courtyard around the Bosbyshell Fountain in front of Frary Hall was renovated and landscaped in 1994 and renamed Bixby Plaza.

In 1994, the Pomona faculty approved a radical restructuring of the College’s general education program, resulting in a new set of requirements based upon 10 intellectual capacities of skills required to equip a person to live a life of intellectual resilience, with each student required to pass one course in each of the 10 skill areas in order to graduate. These areas included: reading literature critically, using and understanding the scientific method, using and understanding formal reasoning, understanding and analyzing data, analyzing creative art critically, performing or producing creative art, exploring and understanding human behavior, exploring and understanding a historical culture, comparing and contrasting contemporary cultures, and thinking critically about values and rationality. This set of requirements, known as the PAC (perception, analysis and communication) requirements, remained in place for more than a decade, but in 2006, the College returned to a simpler set of breadth of study requirements.

The Queer Resource Center of The Claremont Colleges was established in 1994 in order to serve the needs of the lesbian, gay, bisexual, transgender, queer, questioning, asexual, omnisexual, pansexual and allied community at the Colleges.

Popular campus theme parties became ongoing traditions in the 1990s and were repeated every year into the 2000’s. These includes Harwood Halloween, Wild Wild West, Monte Carlo Night, the Toga Party, the ’70s Party, Smiley ’80s, and the provocatively titled “Screw Your Roommate” party, in which freshmen students would set up their friends and roommates on “blind dates” to go to a dance, make up cheesy pick-up lines, and wear awkward costumes.

During the summer break, eight women from the Pomona-Pitzer Women’s Swim Team broke the world record for crossing the Catalina Channel by nearly two and a half hours. The team completed the distance in eight hours, 27 minutes and 12 seconds. Their coach, Penny Dean, was then holder of the world’s record for the individual Catalina swim and for swimming the English Channel.

The Fourth Death of Buster

First performed in 1972, "The Death of Buster Quinine" by English Professor Dick Barnes, billed as “a sacramental farce and fire opera,” was performed for the fourth and last time on campus in 1994. The spectacle featured giant puppets, original poetry and jazz, fireworks, light sculptures and a flaming jagannath equipped with whirling Mexican castillos.

The City of San Gabriel and the State of California passed resolutions recognizing the “Gabrieleno-Tongva Nation” as the indigenous people of the Los Angeles Basin with a continuous, unbroken history.

American troops staged a bloodless occupation of Haiti in order to restore the legitimate elected leader, Jean-Bertrand Aristide, to power.