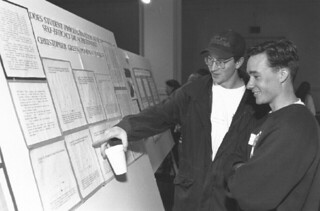 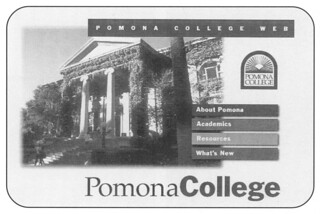 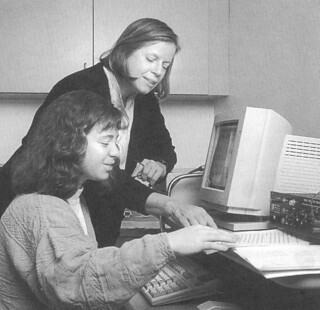 Fall science poster conference in Edmunds Ballroom in 1995, which featured 62 posters
8 years ago by Pomona College 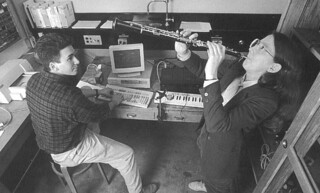 William Giammona '97 and Professor Alma Zook '72, who worked on a research project in the summer of 1995 about musical tones and physics
8 years ago by Pomona College 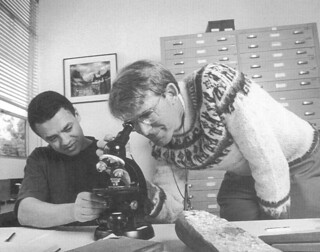 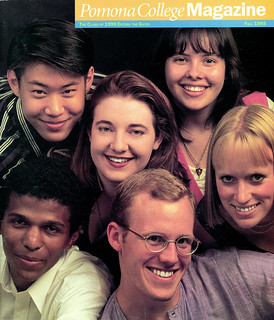 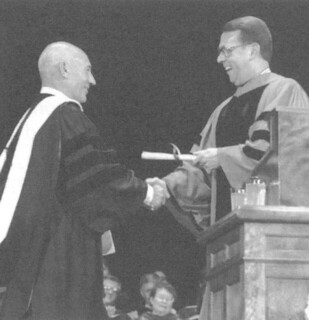 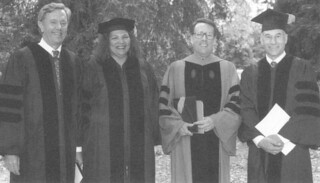 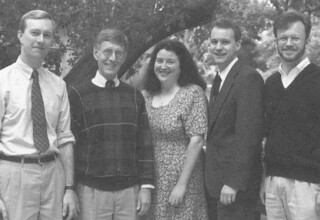 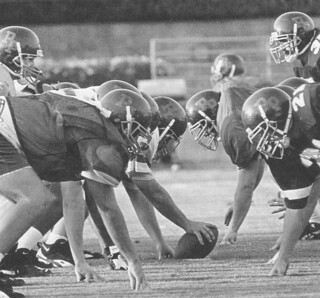 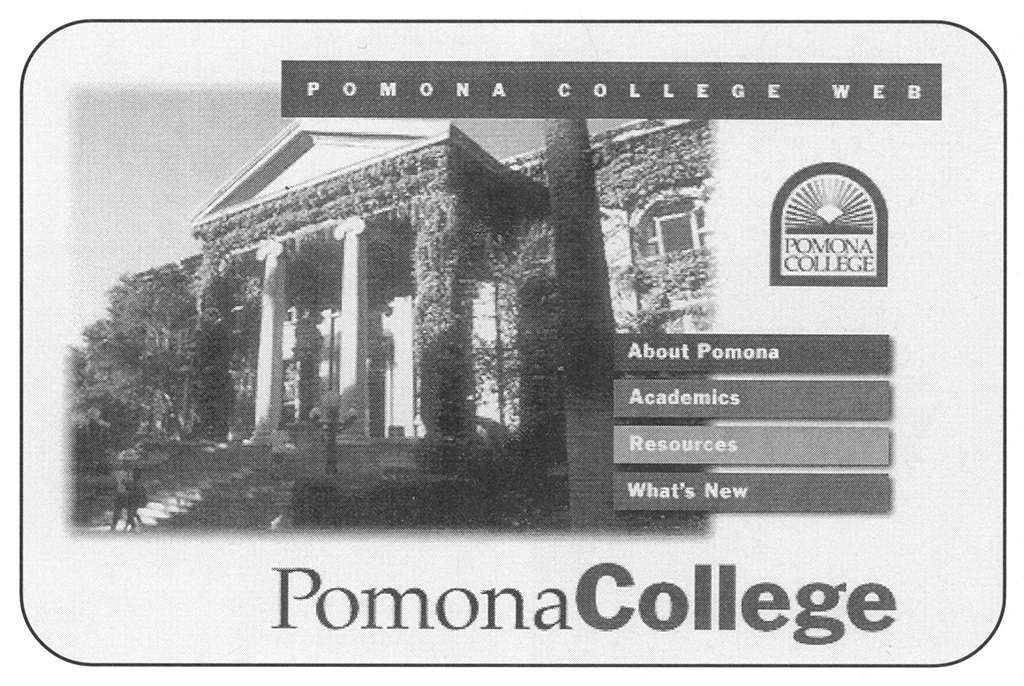 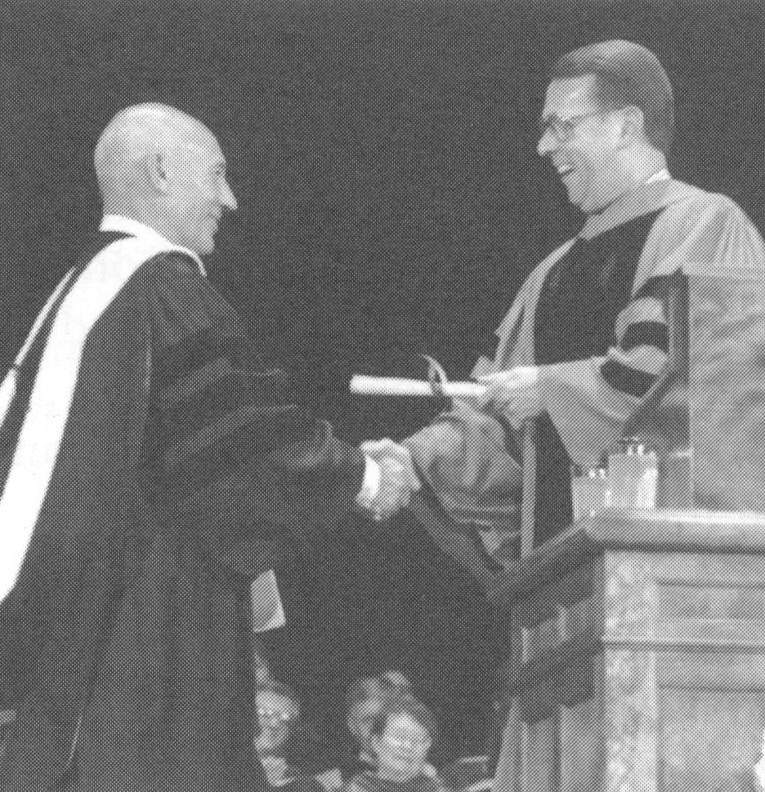 After more than three years of court fights, Pomona College and the City of Claremont won the second round of a lawsuit brought by a citizen’s group called “The Committee to Save Our Village” in an effort to block the construction of Hahn Hall on a piece of vacant land owned by the College. The California Court of Appeal affirmed a Superior Court ruling in favor of the College and the City, but one more court ruling by the court would be required in 1996 before the College would be free to begin construction of the new facility, which would be completed in 1997.

A civic space and focal point of the College since its original construction in 1914, the Greek Theatre was renamed the Sontag Greek Theatre in 1975 in honor of long-time philosophy professor Fred Sontag and his wife Carol in 1975 and as part of a major fundraising effort among College alumni designed to recognize the Sontags while funding an extensive renovation of the facility, which would be completed in 1997.

Conservators worked in 1995 to restore José Clemente Orozco’s priceless mural, Prometheus, in Frary Hall, after it was damaged by vandals who threw food and other objects at it. A letter to the community from Montgomery Gallery Director Marjorie Price, Associate Dean Ray Buriel and ASPC President Casey Trupin ’95 called the damage “tragic” and urged students to take responsibility for their access to a historical and culturally unique artistic treasure.

A new professionally designed version of the www.pomona.edu "home page" was unveiled on August 31, 1995. The prior home page had just contained a menu for "an odd assortment of department home pages, class projects, and library and internet resources," said a Pomona College Magazine article. The home page included text and photographs adapted from admissions publications, a monthly calendar of public events, links to internet resources for faculty, staff and students, online assistance with computer problems, and "a fun look at the College's association with the modern Star Trek series." According to the article, the site was a work in progress and would grow "as disk space and staff time permit."

After three years of study and a petition signed by 70 students, the College approved a Latin American Studies program to begin in fall 1995.

German Across the Curriculum

Funded by a grant from the National Endowment for the Humanities, an intercollegiate program was put in place to broaden the study of German by integrating significant texts in German into non-language courses in the social sciences and humanities.

The Return of the Drum

In September, the Pomona-Pitzer Sagehens defeated Occidental for the first time since 1979 and retrieved the Drum. Coach Roger Caron pointed out at the time: "A lot of people here have never seen what the Drum looks like." The Sagehens and Oxy have been playing for the ceremonial Drum since 1940.

Patrick Stewart, the Royal Shakespeare Company actor best known for his role as Captain Jean-Luc Picard in TV’s Star Trek: The Next Generation, was featured speaker at Pomona’s 102nd annual commencement exercises in Bridges Auditorium. Stewart’s appearance was in part a recognition of Pomona’s unusual ties to the Star Trek series—both through the prevalence of Pomona’s special number 47 on the show and through the possible relationship between the naming of Picard’s arch enemy, the Borg, and the common nickname of Oldenborg Hall.